Acer has launched a new gaming laptop for Indian users. The new Acer Predator Triton 700 Ultrathin is the latest addition to the Taiwanese PC giant’s Predator series. It is powered by a 7th Gen Intel Core i7 processor and Nvidia GeForce GTX 1080 graphics. Acer is hyping the new laptop’s ultrathin profile at 18.9mm. Does the new gaming laptop sound tempting? There’s a catch. The new ultrathin powerhouse come at a price tag of whopping Rs 2,99,999. Read more to find about Acer Predator Triton 700 Ultrathin Gaming Laptop Price in India, Specifications, and Features 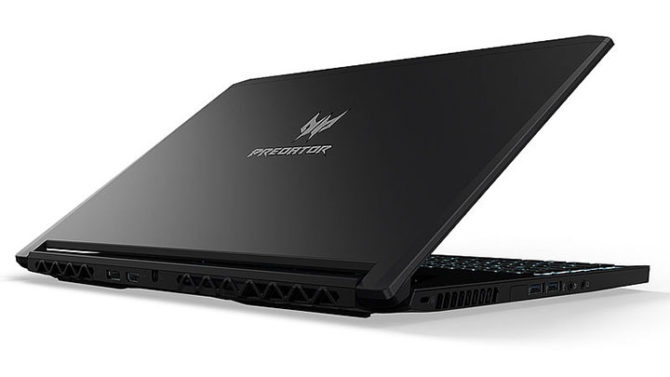 The Acer Predator Triton 700 Ultrathin Gaming Laptop is priced in India at Rs 2,99,999. The expansive PC will be available in the country through Acer Exclusive Stores and authorized online stores. The gaming laptop was unveiled at the company’s Next Acer event in April this year.

The gaming laptop is powered by a 7th Gen Intel Core i7 processor and Nvidia GeForce GTX 1080 graphics. It also features 16GB of 2400MHz DDR4 RAM (upgradeable up to 32GB) and two 512GB NVMe PCIe SSDs in RAID 0 configuration. The gaming laptop is backed by a 4670mAh battery that offers up to 5 hours of battery life.

With Acer Predator Triton 700, the Taiwanese giant has somehow managed to fit high-end specifications into a relatively slim chassis. The new Ultrathin gaming laptop is only 18.9mm thick and weighs 2.6kg. The company attributes the sleek form factor to the Nvidia’s Max-Q technology and its own innovative cooling featuring AeroBlade 3D metal fans. Acer claims that the new fans increase airflow by 35 percent (compared to conventional fans) and yet take up less space. 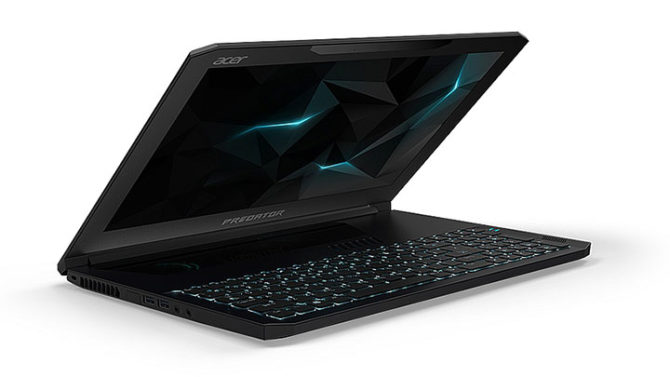 The Acer Predator Triton 700 features an RGB-backlit mechanical keyboard with anti-ghosting tech. The company claims that the new laptop comes with a PredatorSense software that allows gamers to control and customise laptop’s vitals from one place. The new laptop comes with a Corning Gorilla Glass plate above the keyboard serves. It is also certified as a Microsoft Precision Touchpad.

The Acer Predator Triton 700 is aimed at professional gamers and offers high-end specs in a slim form factor. The company aims to improve the user experience without any compromise.

“Acer has the widest range of gaming PCs and with every launch of a new gaming laptop, we make sure that the experience is more immersive. Gamers looking for a sleek design with uncompromised power will find the Triton 700 to be the perfect machine. With a ultraslim form factor, it is one of the few notebooks that was truly built from scratch keeping in mind philosophy of delivering the maximum performance in the slim and light package offering maximum efficiency,” said Chandrahas Panigrahi, CMO and Consumer Business head, Acer India.

Will you go for the expensive gaming laptop? Share with us in the comments section below.