Photo Captions are the few lines used to explain or elaborate the images. Captions are also called little headlines over the cutlines. And cutlines are the word that describe the photograph or illustration. As you can find in the pictures below that what are the Caption and cutlines.

Now these days you can find these types of images everywhere on social sites like Facebook and Google Plus. And even Google allows you to upload .Gif files too. These types of images are so popular among youths. Checkout some sort of images that I found on Facebook that are uploaded by my friends.

Adding these types of captions or texts to a image is very simple task while you are using a high end smartphone or tablet or PC. But problem comes when you don’t have these gadgets  and you have a simple or budget android smartphone. And usually people always used to connect  to social media from their smartphone, so they don’t want to start their PC or laptop for only adding some text to a image. They  wants that their phone do that task. 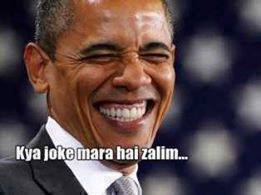 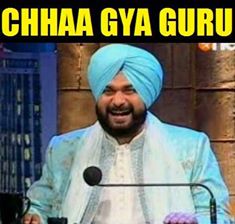 First question comes in mind, why we need to add caption to images ? In almost all cases, people comment to a regular post and that’s all done.But there will always be some others too, who would want to stand out from the crowd. And these type of people do these type of task and others only follows them, but what if you also want to do that same, because doing these type of things not only shows your creativity but also it inspires others. So here I am going to tell you about some useful apps for photo editing.

There are so many apps available in the Google Play Store for the modification of a image, but only some of them have the functionality to add text to a image.

Pixlr Express is the complete solution for your all images editing needs. It Gives you all power for modification of a images. After the so much improvements it becomes best app for photo editing in Google Play Store.

It gives you power of adding caption to any image and one thing that I like most is it has pinch to zoom in and zoom out sort of function for the resizing of texts, that’s look pretty cool too. And I personally recommend it for all your need, this app will surely not disappoint you.Download  Pixlr Express

Regarding this app,the only one point I would like to share with you is sometime having so many features may turn a app’s interference overcrowded. And it becomes hard to use a app. Otherwise PicsArt is a complete photo studio on your android smartphone. It is the one of the fastest growing app in Google Play Store.Download  PicsArt – Photo Studio

Phonto allows you to add text instantly to a image. This app has very simple user interference among all photo editing apps available in Google Play Store, and Of Course this one is also available in iTunes. But Android version of this app has less feature than iOS version. This app is dedicated app for adding text to a image that it allows you to change fonts, size, colour, position of texts. There are 50 fonts  in this app. And even you can install more fonts too. Download  Phonto – Text on image

InstaQuote is best for those who wants to add quotes to a image. It comes with 50 fonts and 19 pre-set style templates. But for this you have to pay, its not a free app, you have to unlock its pro version. It has instagram like user interface that is quickly adoptable for anyone who has used instagram before. And even you can export your creation to the Facebook, Twitter and Flicker directly from the app. So that’s pretty cool. Download  InstaQuote

These apps are very handy for any type of user, you can choose any one of them. But let me know if you are using any other app too, please mention in comment box below.