Alcatel has launched its latest budget smartphone, called the Alcatel Pop Star, in the Indian market. Under the hood, it is powered by a 64-bit 1GHz quad-core MediaTek MT6735P processor clubbed with Mali-T720 GPU and 1GB of RAM. The phone runs Android 5.1 Lollipop operating system and features a 5-inch HD IPS display with 1280×720 pixels resolution.

On camera front, it sports an 8 mega pixel rear camera with LED flash while there is also a 5 mega pixel front facing camera onboard. It houses 8GB of internal memory which can be expanded up to 32GB using microSD card. 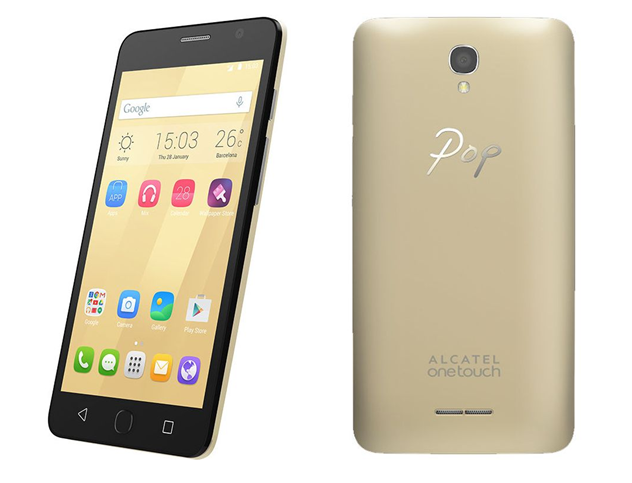 Backed up by a 2000mAh battery, the Pop Star offers 4G LTE, Wi-Fi, Bluetooth and GPS as connectivity options. It comes in Metal Gold and Metal Silver color options.

The Alcatel Pop Star is priced at Rs. 6,999 and can be grabbed exclusively from Gadgets 360.

The Coolpad Note 3 Lite carries the same price tag of Rs. 6,999 as the Pop Star, yet offers better specs. It comes with a 64-bit 1GHz quad-core MediaTek 6735 processor paired with massive 3GB of RAM. On the front, it features a 5-inch HD display with a resolution of 1280×720 pixels. Other specifications of the phone include 16GB internal memory (expandable via microSD card), 13 mega pixel rear camera, 5 mega pixel front facing camera and a 2500mAh battery. There is also a fingerprint sensor onboard for additional security. Check out Coolpad Note 3 Lite hands on review (with video) here.