Apple is expected to launch the iPad Pro 12.9 (2018) next week. Now, several details of the upcoming device have surfaced online. While it features thinner bezels, the new tablet does not feature a display notch, Home button, and 3.5mm headphone jack. Read more to find about Apple iPad Pro 12.9 (2018) Price in India, Specifications, and Features 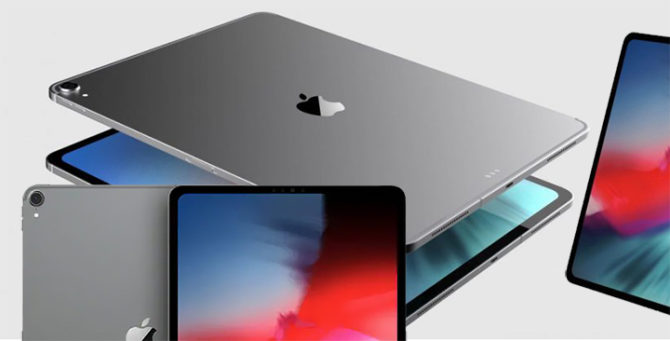 The Apple iPad Pro 12.9 (2018) is expected to be launched on September 12. The Cupertino giant might also unveil the 10.5-inch iPad Pro variant. It is likely to sport similar features as the 12.9-inch variant.

Also read: Huawei Mate 20 Lite Launched With 4 Cameras – All You Need To Know

As per latest rumors and leaks, the Apple iPad Pro 12.9 (2018) comes without any headphone jack. The Home button also seems to be absent on the leaked renders. The upcoming device sports thinner bezels and symmetrical LCD display panel. The new iPad Pro models will most likely come with Apple’s Face ID technology. Recently, the iOS 12 beta hinted at the Face ID support on iPad. It featured a setup UI to enable the facial recognition feature on iPad (similar to the Face ID on the iPhone X).

While the upcoming iPad models were rumored to feature an iPhone-like display notch, the new renders show that there isn’t any notch on the frontal area. The 3.5mm headphone jack is also absent. A TrueDepth HD camera is placed on the back. The iPad Pro 12.9 (2018) is tipped to feature metal over a glass panel. The antenna lines will be visible from the side view. The new iPad Pro will also feature a Smart Connector on the back (unlike the left edge on current iPad Pro models). This might also help Apple to reduce the thickness of the side bezels.

The iPad Pro 2018 is expected to be powered by an improved version of the A11 Bionic chip. Rumors hint at an octa-core, compared to the hexa-core A11 processor in the iPhone X. We might also see upgrades in the camera department. The upcoming models might also come with AvatarKit. The new tool enables Animoji and the new Memoji within iOS 12.

The iPad Pro 2018 is rumored to come with the second generation of Apple Pencil. The pressure-sensitive stylus is said to come with a magnetic clip. Apparently, Apple has also filed a patent for a new tip and the addition of an eraser.