Huawei subsidiary Honor has finally launched its latest budget smartphone, Honor 7S. The smartphone is a variant of the recently launched Honor Play 7. Most of the specifications are the same, with a few differences. Highlights of the device include an 18:9 display and a 5-megapixel front camera with LED selfie flash. Read more to find about Honor 7S Price in India, Specifications, and Features 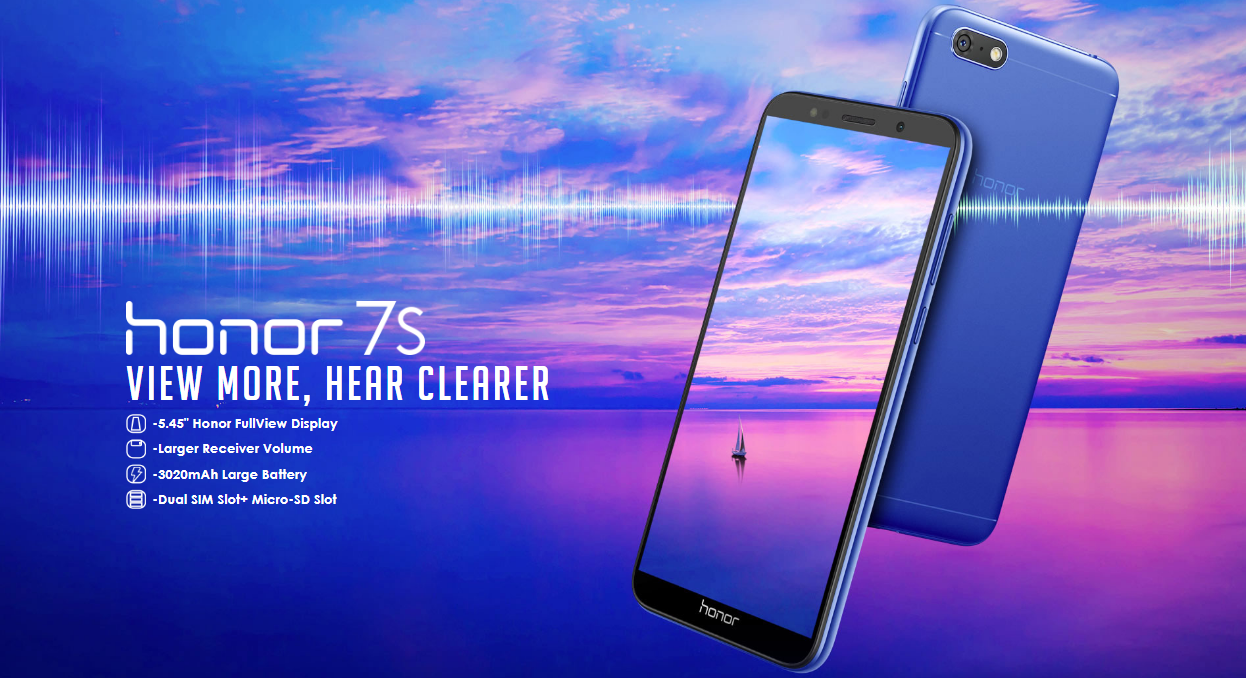 The Honor 7S is priced in India at Rs 6,999. It is being touted as one of the cheapest smartphones with an 18:9 display. The new handset will be available exclusively on Flipkart via a flash sale on September 14 at 12 pm.

In the power department, the smartphone is backed by a 3020mAh battery.

The entry-level handset is Honor’s most affordable smartphone as yet. It will compete with the likes of Xiaomi Redmi 5A and 10.or D2. What do you think of the new smartphone? Will you consider purchasing the new Honor 7S? Let us know in the comments section below.

Article Name
Budget Smartphone Honor 7S With 13-Megapixel Rear Camera Sensor Launched
Description
Huawei subsidiary Honor has launched its latest budget smartphone, Honor 7S. The smartphone is a variant of the recently launched Honor Play 7. Most of the specifications are the same, with a few differences.
More related stories below: