The AiO series PC’s are powered by quad-core Intel Core up to i7 processors paired with 32GB of DDR4 memory and up to PCIe Gen 3×4 SSD storage. It also features NVIDIA GeForce GTX 960M graphics with up to 4GB of video memory. The Zen AiO series comes with USB 3.1 Gen 2 for faster data transfer. It is also equipped with USB 3.1 Type-C connector. The Zen AiO Z240IC additionally sports 3D camera with Intel RealSense technology. The camera is capable of capturing moving objects or people. It also boasts of 3D facial recognition which allows users to use their face as login password. 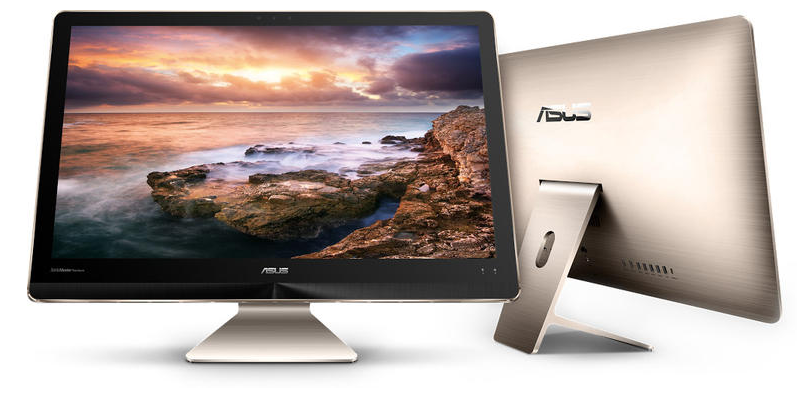 The Zen AiO series also comes equipped with six speakers such that each 8-watt stereo channel makes use of three powerful speakers to give 16 watts of powerful sound output.

Asus has unveiled the ProArt PA329Q monitor which is a 32-inch Ultra HD (3840×2160 pixel resolution) monitor targeted at the professionals. This monitor has 16:9 aspect ratio IPS display with 138 ppi pixel density and wide 178-degree viewing angle to eliminate color shifting .

There is no word on pricing and availability details of Asus Zen AiO series of all-in-one PC’s and ProArt PA329Q monitor as of now. More details are likely to surface in the coming days. Stay tuned with us for more developments on this story!