Asus is all set to launch new ZenFone 5 series of smartphones at Mobile World Congress (MWC) 2018 in Barcelona. Now, several images of a device (believed to be Asus ZenFone 5) have surfaced online. The new leaks hint at an iPhone X design elements. Read more to find about Asus ZenFone 5 Price in India, Specifications, and Features 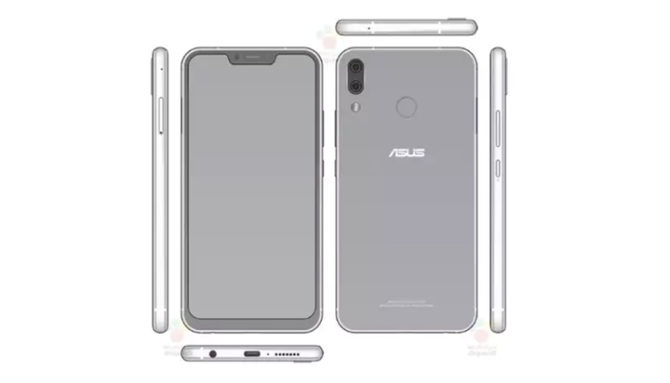 The Asus ZenFone 5 will be launched at the upcoming Mobile World Congress in Barcelona later this month. The company has already sent out invitations for an official event (to be held on February 27. As of now, there is no information about the Indian price or launch date.

As per latest leaks, the Asus ZenFone 5 (ZE620KL) will feature an iPhone X design elements. The bezel-less smartphone is expected to feature a notch on the top (similar to iPhone X) that will include a front camera and an earpiece. The sensor module will also include an ambient and proximity sensors. A dual camera setup and a fingerprint sensor will be placed on the back.

The Asus ZenFone 5 is expected to sport a full-HD+ (1080×2160 pixels) display with 18:9 aspect ratio. It is likely to run Android 8.0 Oreo operating system out of the box. The new handset is said to come with aluminum and glass build. Additional features might include a dual SIM, USB Type-C port, and a 3.5mm headphone jack.

We might some tweaks on the interface-level to accommodate the new notch. The Android P is also expected to come with a design feature that will support notches on the next-gen smartphones. Asus is also expected to launch ZenFone 5 Lite at MWC 2018. It is expected to feature a traditional design.

As per recent leaks and rumors, the ZenFone 5 Lite will sport a 6.0-inch display with full-HD+ (1080 x 2160 pixels) display and an 18:9 aspect ratio. It is also tipped to feature a glossy glass back panel. The upcoming smartphone is said to come in three color options – Midnight Black, Moonlight White, and Rouge Red. It is said to be powered by a Snapdragon processor. In terms of optics, the Asus ZenFone 5 Lite is expected to sport four cameras (two on the front and two at the back). A fingerprint sensor will also be placed on the rear panel.