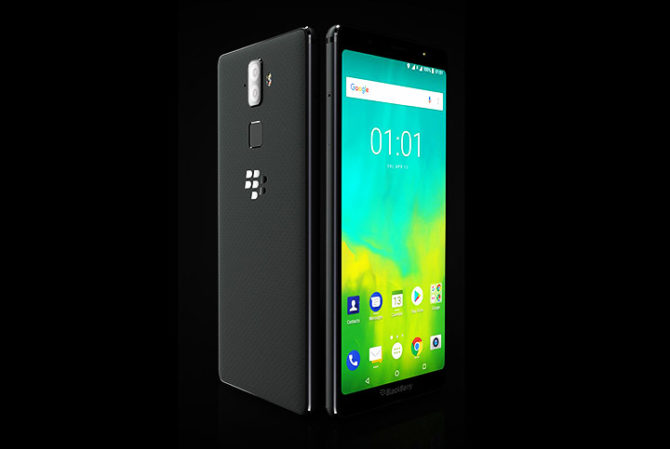 As part of launch offers, customers can get 5 percent cash back with ICICI Bank credit cards. Additionally, Jio SIM card users can avail benefits worth Rs 3,950.

On the front, both smartphones sport a 16-megapixel fixed focus camera with f/2.0 aperture, 78-degree FoV, Tetra Pixel technology, real-time bokeh mode, and LED flash. Both devices are backed by a 4,000mAh battery. However, only Evolve X comes with support for wireless charging.

Both the Blackberry Evolve and Evolve X feature Series 7000 aluminum frame, Corning’s Gorilla Glass 5 coating, and a BlackBerry textured rubberized back panel. A fingerprint sensor is placed on the back (unlock in 0.3 seconds). The new smartphones also come with Face Unlock feature.

The BlackBerry Evolve X and Evolve will be sold in India by licensee brand Optiemus Infracom. The company claims that the two handsets have been conceptualized, designed, and manufactured in India. What do you think of these smartphones? Let us know in the comments section below.