Facebook has finally decided to add an option to delete a sent message. A new ‘Unsend Message’ button has been spotted in the Android code of the company’s chatting platform. The social media giant had earlier confirmed that the ‘unsend’ feature will come in the future. However, it didn’t provide any timeline. Read more to find about Facebook Messenger ‘Unsend Message’ Button 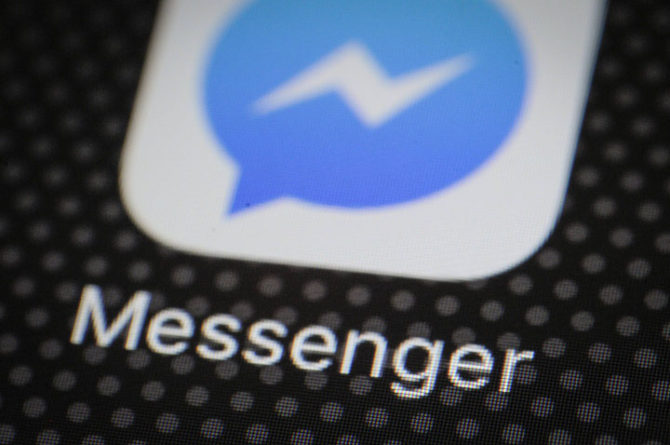 The new feature was first announced in April this year, after a backlash related to deletion of CEO Mark Zuckerberg’s messages from several recipients’ inboxes. The company announced that is working on an ‘Unsend Message’ feature that will allow all you to recall sent messages. Now, several screenshots of the new feature have surfaced online.

The new feature was spotted by tipster Jane Manchun Wong. She shared the screenshots of the ‘Unsend Message’ button prototype (sourced from Facebook Messenger’s Android code) on her Twitter account. The current state of the feature seems very buggy. The button deletes the message only from the user’s Inbox and not at the recipient’s end. 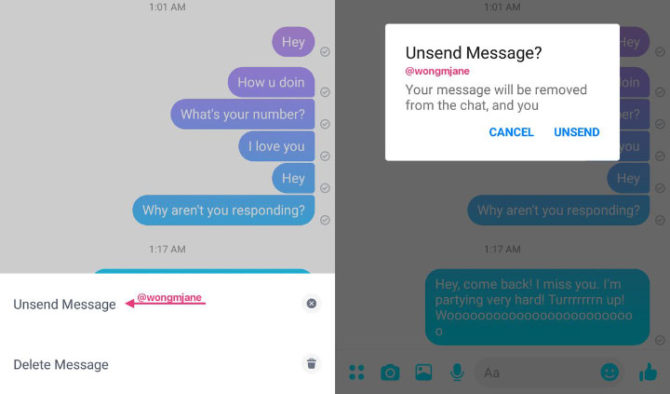 The new feature is likely to come with an expiration timer. Users will able to delete messages within this time period. However, it’s still uncertain at this point. Several Facebook-owned apps (including WhatsApp and Instagram) already allow users to delete sent messages. While WhatsApp messages can be deleted messages within a limited amount of time, Instagram DM (Direct Message) can be completely ‘unsend’, if the recipient has not seen the message.

Currently, Facebook Messenger offers a secret chat feature. Users can time messages to self-destruct with durations ranging from 5 seconds up to 1 day. The ‘Unsend Message’ button might bring the similar expiration timer and delete messages after the timer expires.

As of now, there is no confirmation about the roll-out timeline. It’s also unclear when the company started testing the new feature.

Recently, Facebook unveiled two new video-chat cameras. The Facebook Portal is a new video camera and screen built for chats with family and friends. The Portal+ features a smart speaker, video camera, and a digital frame. Sale start from November.

The new video-chat camera is designed to be a part of your living room. It essentially upgrades the Skype or FaceTime video-chat experience (experienced on a smartphone or laptop/PC). The Facebook Portal sports a 10-inch touchscreen display. Whereas the Portal+ features a 15.6-inch HD display that can swivel between vertical and horizontal views.

The sleek camera sports a 12-megapixel sensor (similar to most smartphones) with a 140-degree field of view (it can identify the shape of people in it). The camera pans and zooms to keep people in the frame. This allows you to move around the room, do chores, play with the kids, etc.

The smart camera also follows voice instructions for calling contacts. While you are not taking calls, the new screen displays images from Facebook. It also comes with apps like Facebook Watch, Spotify and Pandora. However, there’s no YouTube as yet.

Are you excited about the upcoming feature on Facebook Messenger? Share your views with us in the comments section below.