Ever since the Motorola launched the Moto X smartphone and showed it to the world. People were demanding more storage option in this smartphone, people were expecting a memory card slot or wide storage option. Now Motorola listened to people and comes with a 64GB storage variant of Moto X. The device will be available in US starting from 8 June along with a try and buy offer. In this Try and Buy offer, Motorola let you buy the Moto X by just subscribing it from your Credit Card, it will not charge you that time. You can try this device up to 2 weeks and after that if you satisfied and want the device, Motorola will charge you, otherwise you can just return the device without any cost. 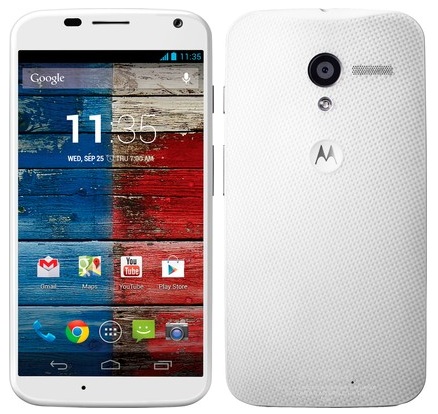 The device only announced in US right with a price tag of $449. This is $100 more for 64GB than its basic model of 16GB. There is not any word about the availability of device in Indian market. We can expect as the Moto X was a huge hit in Indian market, Motorola will consider India to launch this device soon.

Right now, as Google officially confirmed the Android 4.4.3. Motorola is also rolling out the official update to its all of devices worldwide including India as well. A lot of users are getting the latest operating system update OTA(Over the Air).

Apart from the bumped up memory from 16GB to 64GB, other specifications of Moto X is similar to its counterpart. Check them out below.