Gionee is working on the successor of F103, dubbed the Gionee F105. The device has recently been spotted on Chinese certification website TENAA.

As per the listing, the F105 is powered by a 1.3GHz quad-core processor paired with 2GB of RAM. The handset runs Android 5.1 Lollipop out-of-the-box and features a 5-inch HD IPS display with 1280×720 pixels resolution. It comes with 16GB of internal memory which can be expanded up to 128GB via microSD card. 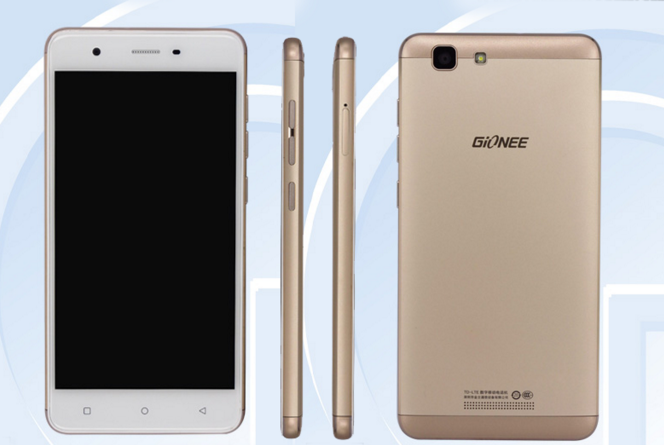 There is no word on pricing and availability of Gionee F105 as of now. We expect the company to make an official announcements in the coming days.

This information should be taken with a pinch of salt since Gionee has not officially revealed any details about the phone.