Recently, Gionee launched its two smartphones in its M series – the Gione M7 and Gionee M7 Power. Now, a new high-end model has been certified by TENAA in China. The upcoming smartphone is said to be Gionee M7 Plus. It is tipped to include Snapdragon 660 SoC, 6GB RAM, dual rear cameras, and a fingerprint sensor. Recently, the new handset was also spotted on AnTuTu benchmark site and GFXBench. Several leaks have also hinted at a FullView display with metal frame. Read more to find about Gionee M7 Plus Price in India, Specifications, and Features 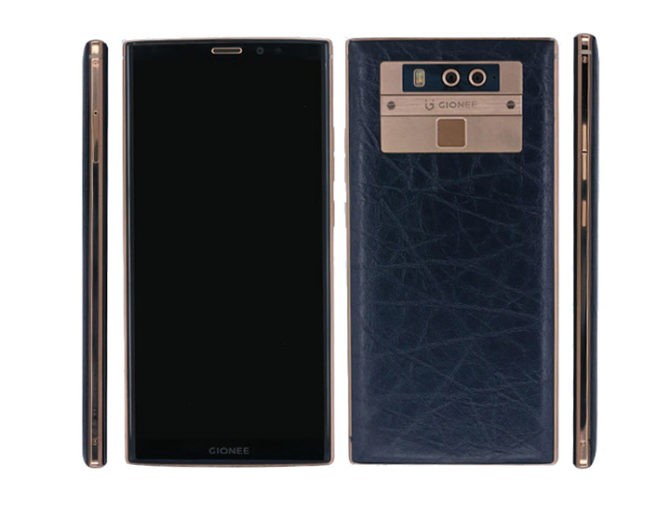 The Gionee M7 Plus is expected to be launched at an event in China on November 26. The Chinese company is expected to announce eight bezel-less smartphones at the same event. As of now, there is no information about an Indian launch date or price.

On the camera front, the upcoming Gionee M7 Plus is said to feature a dual camera setup (16MP rear camera primary sensor + unspecified secondary sensor) on the back with a dual-tone LED flash. The handset is also tipped to feature an 8MP front-facing camera for selfies and video calling. The 64GB internal storage is expected to be further expandable via a microSD card (up to 256GB).

The Gionee M7 Plus is likely to run Android 7.1.1 Nougat operating system with Amigo OS 5.0. Connectivity options include 4G VoLTE, Wi-Fi 802.11ac, Bluetooth 4.2, GPS /GLONASS, and NFC. The dual-SIM handset is said to feature a hybrid (nano+nano/microSD) slot. Additional features might include a fingerprint sensor, FM radio, and a 3.5mm audio jack.

While the Gionee M7 Plus has been spotted on various benchmarking and certification platforms, the Chinese company is yet to confirm any details about the upcoming smartphones. Hence, the above-mentioned information should be taken with a pinch of salt. We will have to wait until November 26 for final details. Bookmark this page to stay updated!