Samsung is reportedly working on the successors of it’s Galaxy S8 and S8 Plus smartphones. Apparently, the South Korean giant is working on three different models – the Galaxy S9, the Galaxy S9 Plus, and the Galaxy S9 Mini. The new Galaxy smartphones are expected to come with a ‘Super Speed’ camera, 5.8-inch QHD+ Super AMOLED display, and AKG-tuned stereo speakers/earphones. The company has also released a teaser which hints at front-facing iris scanner and social media-focused camera features. Now, the prices of upcoming devices have surfaced online. Read more to find about Samsung Galaxy S9, S9 Plus Price in India, Specifications, and Features

The Samsung Galaxy S9 will be launched at an Unpacked 2018 event on February 25. The South Korean giant has started sending out invites for the upcoming event. The new teasers come with the tagline – ‘Camera. Reimagined.’ It suggests at youth-oriented features like low-light flash, an iris scanner, and photo tagging.

According to previous rumors, the Samsung Galaxy S9 models will be powered by a Qualcomm Snapdragon 845 processor. The two flagship phones will be the first Samsung devices to be backed by Snapdragon 845 SoC. The recently announced SoC comes with faster Kryo 385 CPU, Adreno 630 GPU, and X20 LTE modem.

However, as per new Geekbench (popular benchmarking website) listing, the upcoming smartphone range is powered by an octa-core Exynos 9810 processor and 4GB RAM. It received 3648 points for single core and 8895 for multi-core performance.  The Exynos 9810 is built on 2nd generation 10nm FinFET process technology. It comes with 3rd-generation custom CPU cores and an upgraded GPU. The new chipset offers improved LTE speeds. The new mobile processor is meant for AI applications and richer multimedia content.

According to the previous leaks, the Samsung Galaxy S9 will come with RAM/internal storage options – 4GB RAM/ 64GB storage and 4GB RAM/ 128GB storage. Whereas the Galaxy S9 Plus is tipped to come with 6GB RAM and three storage variants – 64GB, 128GB, and 256GB. The company is expected to launch a 512GB model in selected markets.

The new handsets are likely to sport a 4K resolution display. A substrate-like PCB (SLP) motherboard will give space to a better battery pack. As per 3C Chinese certification website, the upcoming phones will feature fast charging capabilities – 9.0V output at 1.67A (15W) and standard charging 5.0V at 2.0A (10W).

Apparently, the company is still playing safe with the battery capacity. New leaks claim that the Galaxy S9 and the S9+ will be backed by 3,000mAh and 3,500mAh batteries (same as the Galaxy S8 and S8+), respectively. However, the new 10nm calls Exynos 9810 or Qualcomm Snapdragon 845 are expected to come with better optimization. Since Android Oreo OS also comes with battery optimization feature, the Galaxy S9 series is likely to offer a full day of battery life.

Ghostek has listed a protective case for the upcoming Samsung Galaxy S9. The renders of the smartphone case show a handset with 18.5:9 display, Bixby button, and a single rear camera. The dual cameras might be exclusive to the Galaxy S9 Plus. 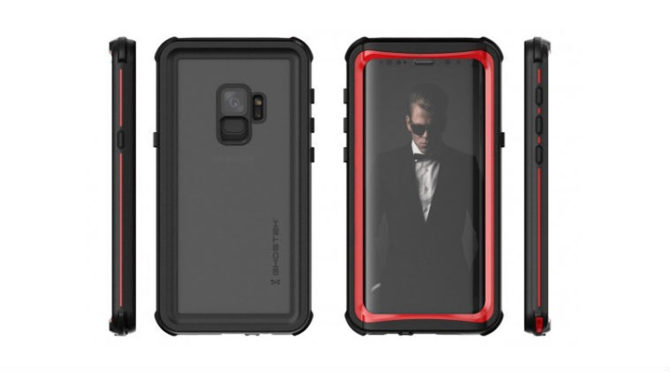 Samsung is likely to use its newly-created ISOCELL image sensors with Tetracell and Smart WDR technology. The ISOCELL Bright uses Samsung’s Tetracell technology to improve light sensitivity in low-light conditions. The Smart WDR feature enables the sensor to capture multiple exposures in a single shot.

The ISOCELL Fast is a three-stack fast readout sensor that enables full-HD (1080p) video recording at up to 480fps. While an ISOCELL Slim enables a high-resolution image capture. The ISOCELL Dual comes with features like optical zoom, low-light shooting, and depth sensor for out-focusing effects. Samsung claims that the new sensors will improve focus speed along with the ability to keep locked-on and track moving objects. Samsung has stated that its next smartphone will be bump-free and deliver ‘bokeh’ depth of focus effects with just a single lens.

As per latest leaks, the Galaxy S9 Plus will also feature a variable aperture (f/1.5 and f/2.4) camera with the super slow-mo video feature. The ‘Super Speed’ technology will accompany the Dual Pixel 12-megapixel rear camera with optical image stabilization (OIS), PDAF (Phase Detecting Autofocus) and Super PD sensor. The upcoming flagship smartphone is expected to sport dual cameras on the front. The Galaxy S9 Plus is tipped to feature a Sony IMX345 camera sensor with f/1.4 aperture.

Also read: Nokia 7 Launched With ‘Bothie’ Camera – All You Need To Know

As per new rumors, Samsung is working on an enhanced iris scanner to counter Apple’s Face ID. The company is said to be developing new software that will reduce the delay in recognizing the faces and scanning the iris. The iris scanner of the upcoming Galaxy S9 is said to be bumped up from 2-megapixel to 3-megapixel. The 8-megapixel front camera is tipped to feature a TrueDepth system (similar to iPhone X) too. The upcoming smartphones are tipped to feature ‘Intelligent Scan’ technology. It combines the iris scanner and faces recognition to improve device unlocking in bad lighting conditions. 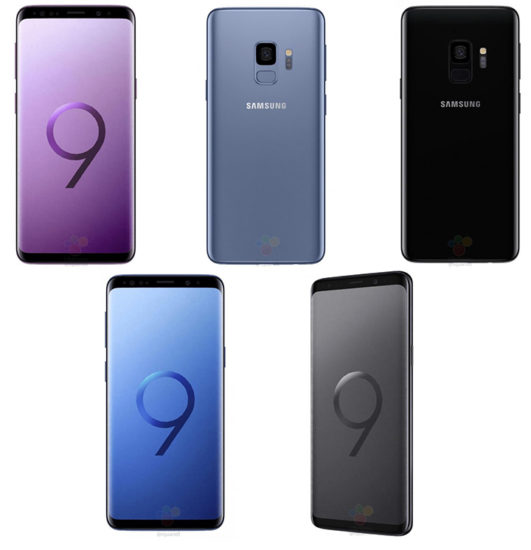 The Samsung Galaxy S9 is likely to run Android 8.0 Oreo operating system out of the box. As per latest reports, the South Korean giant is currently testing Android 8.0.0 Oreo OS on the Galaxy S9 and the Galaxy S9 Plus models. It may switch to Android 8.1 at a later stage. While the Android 8.1 Oreo Update is still in the beta stage, it is expected to hit the Nexus and Pixel devices in December this year. 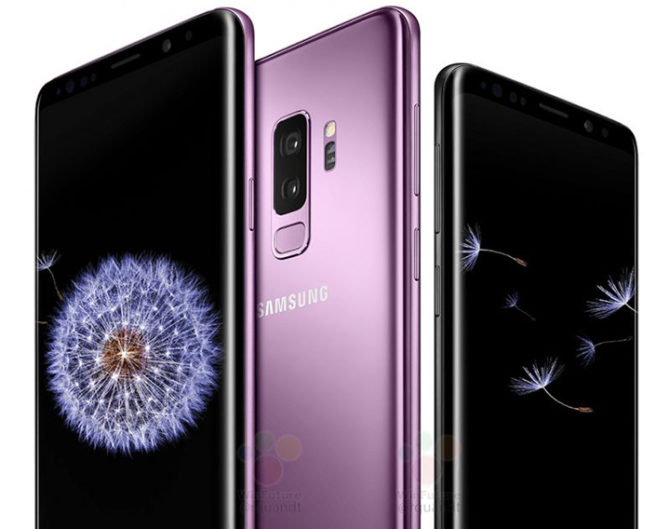 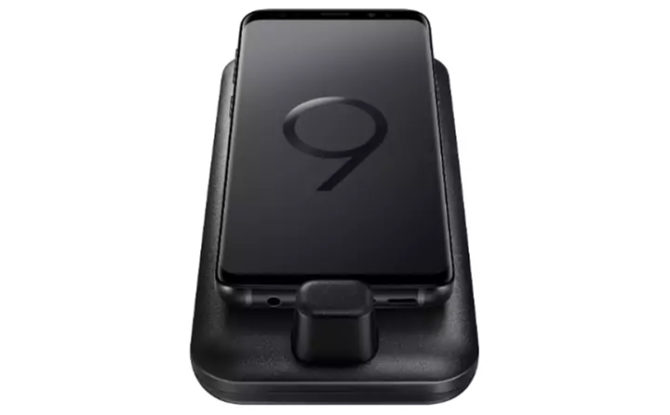 As of now, Samsung has not confirmed any details about the upcoming devices. The above-mentioned information should be taken with a pinch of salt. We will keep updating this post with the latest details. Bookmark this link and stay updated!