Gionee has been coming up with great smartphones at a budget Android pricepoint. All the budget Android smartphone players revolve around the same technical specifications then what makes them different? First of all it is the brand itself. Next comes the build, and then we talk about the performance etc. Gionee in the past few months since its launch in India have earned its name for the products it offers. We got the Gionee Pioneer P2 a low budget Android smartphone which might not be known much in public because Gionee dies not spend that much for publicity but their handsets are really good. 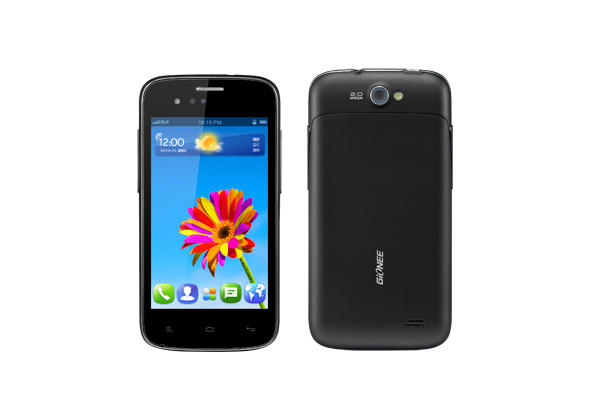 First impressions of the device as we unboxed it is about the build. Poineer P2 is a small smartphone with a 4-inch display and a 11.5mm thickness. It has a matte kinda finish on the back and a metallic chrome finishing on the edges. We have an unboxing video of the same which gives more insights for the box contents.

The 4.0-inch display is obviously smaller compared to the screen size nowadays. We are used to the 5-inch category isn’t it? Gionee Poineer P2 as I said earlier is a low budget smartphone so it features the specifications in accordance to the price. The display on the device is good, has decent viewing angles. We have seen better but not for this price.

Rear Camera on the Gionee Poineer P2 is 5MP with a LED flash and autofocus capability. It comes with differnt shooting modes like the panaroma, etc. On the front we have a VGA camera just for giving users the faciltiy of video chats. The camera UI is also Gionee’s own homemade custom UI to add more features and to handle the camera better.

Gionee Poineer P2 packs a 1GHz Dual-Core processor with 512MB of RAM. It has 4GB of internal memory out of which 2GB is available to the user. It supports Wifi, Hotspot, Bluetooth, Micro USB Connectivity and GPS for navigation or location tracking apps. Pioneer P2 supports dual SIM standby, SIM 1 with 3G and SIM 2 only with 2G and has microSD card slot which can expand the memory up to 32GB. It runs on a 1700 mAh battery which is fairly good for the specifications to run for a day.

Gionee Poineer P2 runs on Android 4.2 JellyBean with Gionee’s own custom UI layering. It is basically a launcher which has custom icons etc. to give a look different than others. Else it has all the same functionality as of a usual Android smaertphone.

Gionee Poineer P2 comes for Rs. 6,500 in India from leading retail stores and factory outlets across the country and even from the online e-commerce sites.

Gione Poineer P2 is the cheapest Android smarphone one can buy for the specifications it offers. Looking at the benchmark scores and comparing it with the other handsets, Poineer P2 comes close to the Samsung Galaxy S2 according to Atuntu. The screen definitely is good, casual games too run decent and above that it has a fairly good build. If everything is good than what’s stopping you from buying it? Gionee as a brand is not acepted by large number of people out there. If you would prefer a brand with more market value for a not so good product instead of a good product from a lower market brand value I think you are not doing right. In the end its the product which matters, right?

So we summarize this review by saying that Gionee Poineer P2 is good value for money giving the best of the specifications at such a price tag.