LG G Flex has a 6-inch (1280 x 720 pixels resolution) HD curved OLED display. The smartphone is powered by a 2.26 GHz quad-core Snapdragon 800 processor and runs on Android 4.2.2 Jelly Bean. It has a 13-megapixel rear camera with LED flash and a 2.1-megapixel front-facing camera. Apart from this, the device has a 3500 mAh curved battery developed by LG Chem. The back cover has a self-healing technology as it is coated with a special material which gives it a special feature to remove scratches within minutes. The power button and the volume keys are present on the back with high-end sound quality output speaker (24bit, 192kHz) similar to the LG G2.

The LG G Flex will come in Titan Silver color and would go on sale in Korea somewhat aroud next month. No word on pricing have been spoken yet.

Comparison with Samsung Galaxy Round 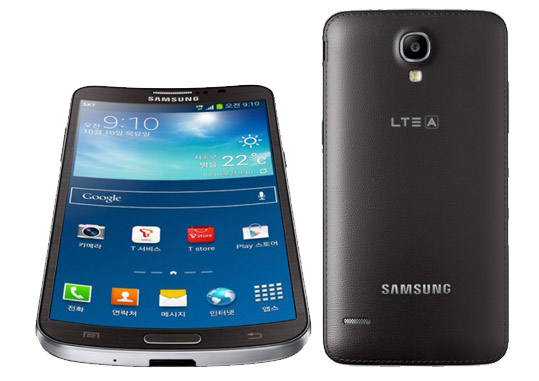 Samsung had launched the Galaxy Round, earlier this month. It’s a variant of its Galaxy Note 3 smartphone, with a display that curves side-to-side (horizontally). The phone sports a 5.7-inch OLED full-HD display and is powered by a 2.3GHz quad-core Qualcomm Snapdragon 800 processor and 3GB RAM. It sports a 13-megapixel rear camera and a 2-megapixel front facing camera. The phone runs Android 4.3 Jelly Bean. It comes with a 2800mAh battery and offers LTE-A high-speed 4G connectivity. Comparing it with the newly announced LG G Flex, LG has an edge when it comes to screen size and battery but otherwise Samsung takes the lead. The real difference can be made when we have both of these smartphones kept next to each other. Let’s see what they have in bag for the Indian public.