As for specifications, it is powered by a 64-bit octa-core MediaTek MT6753 processor clocked at 1.3GHz paired with Mali-T720 GPU. The handset houses 2GB of RAM and 16GB of internal memory which is expandable using microSD card. It features a 5-inch HD AMOLED display with 1280×720 pixels resolution, 2.5D curved Glass and Corning Gorilla Glass 4 for protection against scratches. 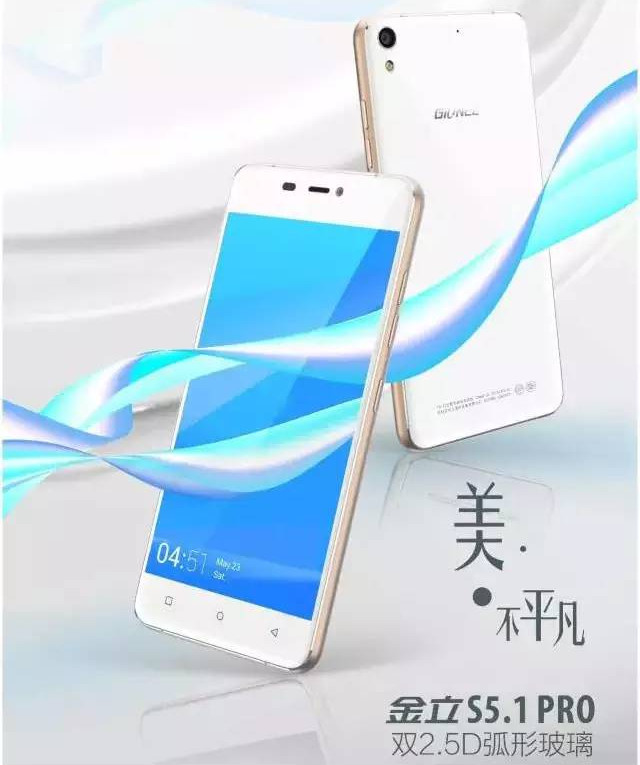 On software front, it runs Android 5.1 Lollipop operating system wrapped under Amigo UI 3.1. It sports a 13 mega pixel rear camera with LED flash and an 8 mega pixel front facing camera. Backed up by a 2400mAh battery, it measures 145.1x70mx6.35mm in dimensions and weighs 129 grams. The S5.1 Pro takes its design cues from erstwhile Gionee smartphones. It flaunts Corning Gorilla Glass protection on both front and rear. The device looks stunning with metal frames.

The Gionee S5.1 Pro will go on sale in China soon. There is no word on global availability and pricing of the smartphone as of now. We expect the company to announce the details soon in the coming days. Stay tuned with us for more developments on this story!