Tech giant Google kicked off its annual developer conference in California on 9th May 2018. Just prior to the Google IO Developer Conference keynote, the company revealed that it would be rebranding its research division to Google AI. This move shows that the company is really focussed on the development of artificial intelligence in their products. So here we have compiled a list of the Google IO 2018 highlights: 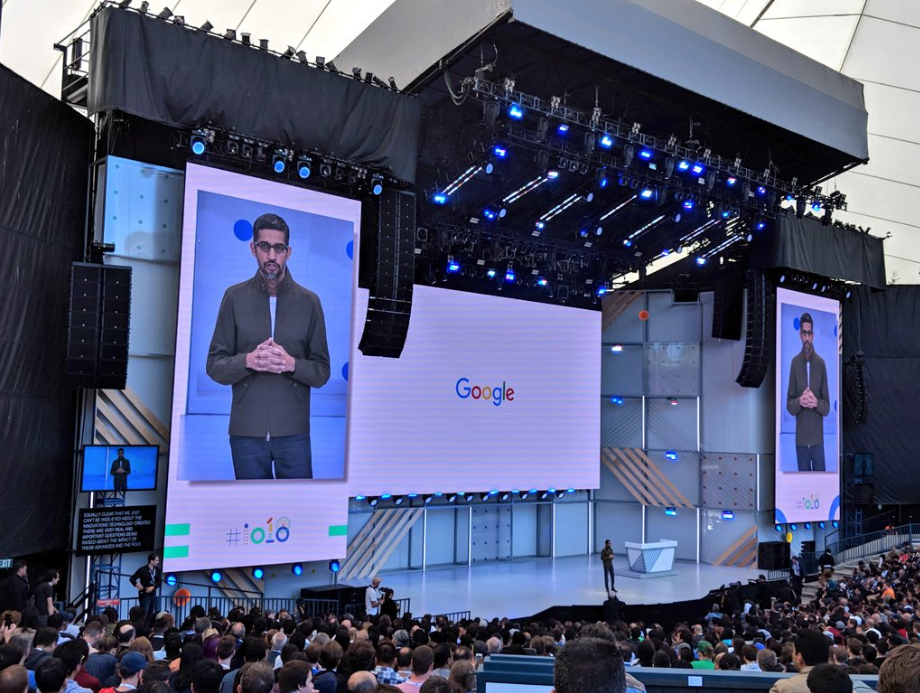 This move is Google’s way of saying goodbye to its three-button navigation. Android P is something invigorating from the tech giant. Now users will be able to do key interactions like changing apps just by iPhone X-like features. The new Dashboard even shows the time spent by a user on their device including apps, how many notifications have a user received, and how many times has a user unlocked their phone. Limits also can set for individual apps to restrict smartphone addiction.

Currently, a public beta version is available. Android P will be coming this summer.

The AI-powered rebuilt Google News will enable users to keep up with the news they are interested in. It will make them understand the full story. It will provide us with the publishers we like and trust.The AI is going to grasp elements of the tech giant’s digital magazine application; Newsstand and YouTube. New features like “newscasts” and “full coverage” will also be introduced to help people in getting a summary of the story.

The tech giant revealed the Smart Displays with Google Assistant will begin shipping in July 2018. Google showed a demonstration. Moreover, it displayed Jimmy Kimmel Live on YouTube TV as an example of what the company can offer, and its competitors can’t.

Google Photos already has AI-powered features like correcting photos, creating collages, movies, and editing photos. Now the app will be getting more AI-powered updates like black and white colorization, color correction etc. A new version of the app will provide quick fixes and other tweaks.

The tech giant revealed that Google Assistant will be getting a better variety of voices. Users will be able to pick from six natural sounding, additional voices with the original one, which we are all familiar with. The original voice is called “Holly.”

A John Legend voice will also come to the virtual assistant later in 2018.

Google Assistant will be added to Google Maps (on iOS and Android) in summer 2018. It will provide better recommendations to users. It will personalize the app more.

The addition will also integrate the camera, computer vision technology, and Street View. With this, there will be a lot of exciting features. Google Lens will be able to identify buildings.

Gmail Will Be Able To Draft Emails By Itself:

Goole will uplift its Smart Reply feature the new Smart Compose feature. Smart Compose will use AI to help draft emails faster. The feature will make suggestions for complete sentences while we type.

Smart Compose will be coming to the new Gmail in a few weeks.

So these are the important Google IO 2018 highlights. Try them out as soon as they are rolled out to consumers. It will be a complete treat.

Article Name
Google IO 2018 Highlights: Android P, New Google Assistant Voices And More
Description
Tech giant Google kicked off its annual developer conference in California on 9th May 2018. Just prior to the Google IO Developer Conference keynote, the company revealed that it would be rebranding its research division to Google AI. This move shows that the company is really focussed on the development of artificial intelligence in their products. So here we have compiled a list of the Google IO 2018 highlights...
More related stories below: