The Grand Theft Auto V launched last year in September. Now at a launch event in E3 2014 press conference, Sony announced that The Grand Theft Auto V is coming to PlayStation 4 this year. As Sony announced their plan, Rockstar officially confirmed it with a video tailor. Rockstar Games posted a video on their Youtube handle with a title, “Grand Theft Auto V — Coming for PlayStation®4, Xbox One and PC”. In addition, at the end of video they mentioned that the video captured on PlayStation 4. The game is also available on Rockstar’s official website for pre-order. You can check out the video below. 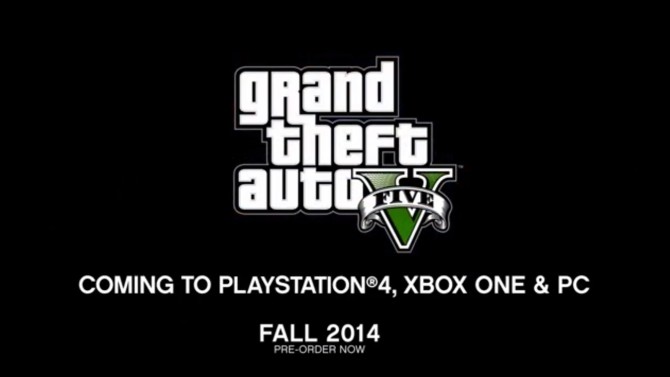 On the other hand, Sony’s Andrew House came up with more information about the game play. He told at the press event that the PlayStation 3 and Xbox 360 owner would be able to transfer their game play, characters and progress from both PlayStation 3 and Xbox 360. So good news for PS 3 and Xbox 360 owner as well. Not only this but they would also able to play in GTA Online Multiplayer mode right from where they left off. And the same thing is applicable on Xbox and PC owner. And in the end the PC version of the game will come with a video editor as well “designed for advanced movie making.”