Huawei launched its Honor 4C smartphone in India last month alongside Honor Bee phone. The Honor 4C is priced at Rs. 8,999 and can be grabbed exclusively from Flipkart.com. With this price tag, Honor 4C looks like a challenge for the likes of Yu Yureka and Lenovo A7000 which are available for the same price. It shares some specs in common with the Honor 4X smartphone. A major difference between the two however is that the former lacks 4G LTE support and comes at relatively lower price.

We got to spend some time with this feature rich phone and in this post, we go hands on with the Honor 4C to see what it actually has in store for us. 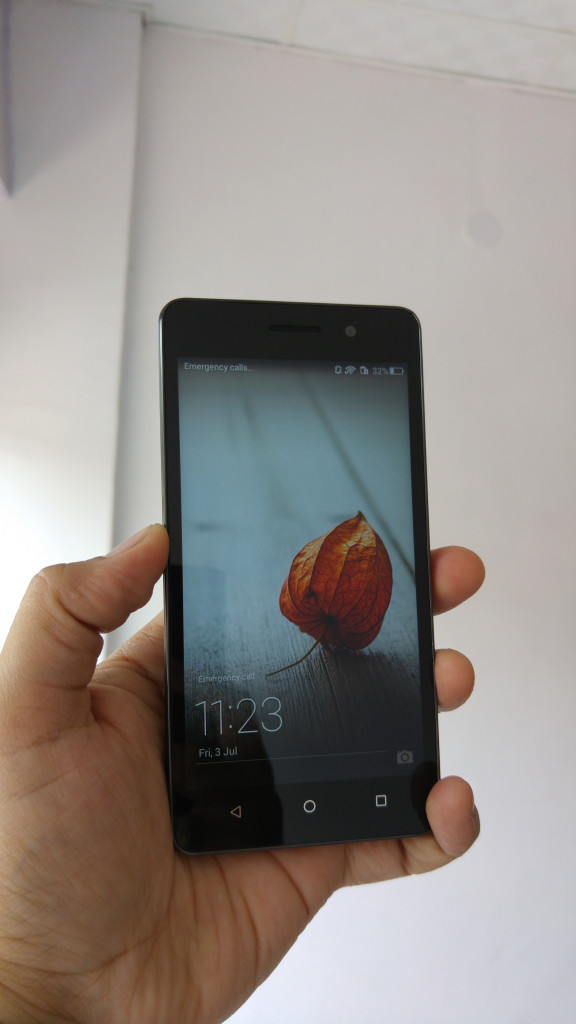 The Honor 4C is quite a big phone with 5-inch screen. The removable rear panel of the handset comes with criss-cross pattern for good grip. This design looks elegant and smooth to touch. With 162 grams of weigh, the phone is quite bulky to hold. The overall build quality is impressive. 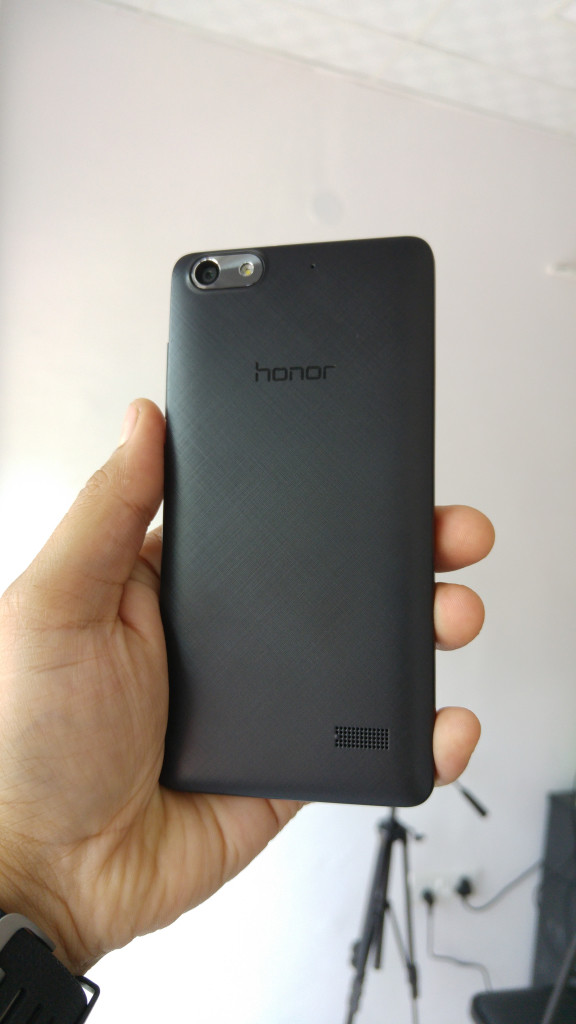 There is a 5 mega pixel front facing camera placed above the screen. Below the display there are three touch capacitive buttons for performing various functions. Volume rocker and power button are provided on the right edge. On the top edge, there is 3.5mm audio jack while the Micro-USB port is on the lower edge.

The 13 mega pixel rear camera is placed on a metal plate on the rear panel alongside a secondary mic hole for noise cancellation located at the top and speaker mesh at the rear bottom.

Under the hood, there are three slots, a microSD card slot placed between two SIM card slots. None of the SIM card slots support 4G. There is a massive non removable 2550mAh battery as well. 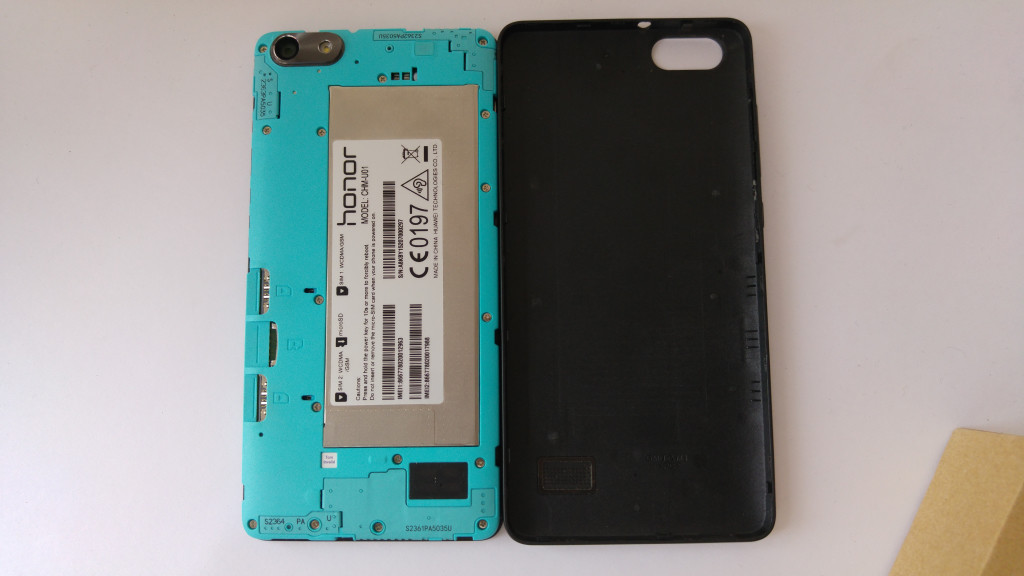 As for performance, the handset is very responsive. It comes with powerful innards and there is no lag in performance even during multi tasking. The device is powered by an octa-core HiSilicon Kirin 620 processor clocked at 1.2 GHz paired with Mali 450 GPU and 2GB of RAM. 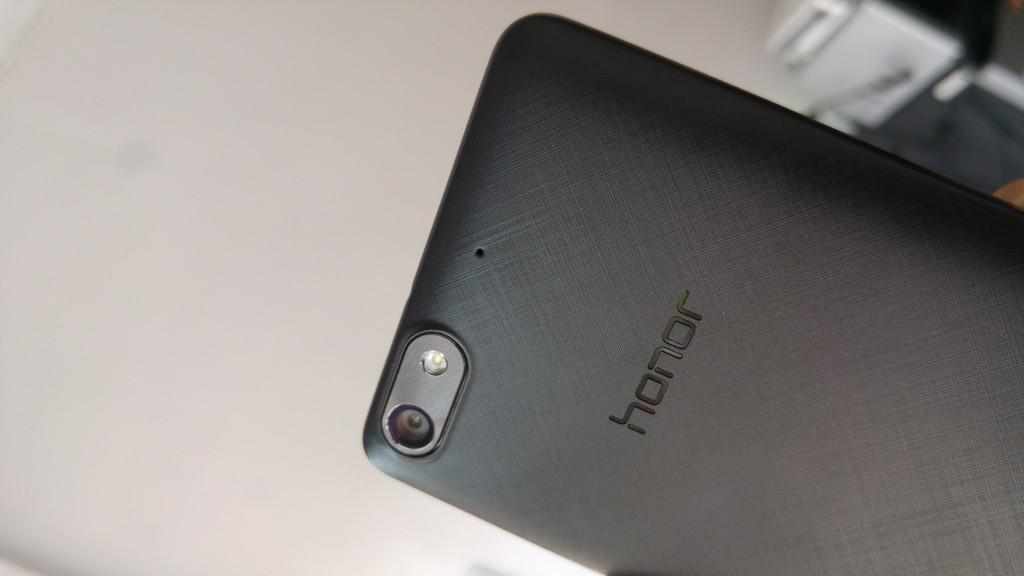 The 5-inch HD IPS (128-x720 pixels) display is crisp, sharp and bright which is viewable even in bright sunlight. The screen and hardware combination makes it a perfect device for gaming and watching videos.

The phone comes with 8GB of inbuilt storage which is expandable up to 32GB via microSD card.

The camera combination of the handset is powerful. There is a 13 mega pixel auto focus rear camera with LED flash, Sony BSI sensor and f/2.0 aperture lens. It comes with several modes such as HDR and Panorama. It allows users to change the focus of an image even after the shot has been taken. Camera clarity is pretty good even in dim lights. The camera is capable of recording full HD videos. There is a also a 5 mega pixel for capturing stunning selfies.

It is backed up by a 2550 mAh battery which is enough to survive for a day on moderate usage.

Be it display, camera, software or performance, the handset does not fail to impress us in any department. The Honor 4C is nicely loaded with great features at reasonable price of Rs. 8,999. It is certainly a good buy for every buyer looking for a handset in this price range.