iBall has launched a new smartphone in its Andi series, dubbed the iBall Andi4 B20. Under the hood, the device is powered by a 1GHz single-core processor paired with 256MB of RAM. Running Android 4.4 KitKat operating system, it features a 4-inch WVGA display with 800×480 pixels resolution.

There is 512MB of inbuilt storage which is expandable up to 32GB via microSD card. It sports a 2 mega pixel primary camera with LED flash and a 0.3 mega pixel front facing camera. Backed up by a 1250mAh battery, it is listed in Black color option on official website. Besides 3G support, the Andi4 B20 offers Wi-Fi, Bluetooth, GPRS/EDGE and Micro-USB as connectivity options. The phone comes pre-loaded with several applications including WhatsApp. 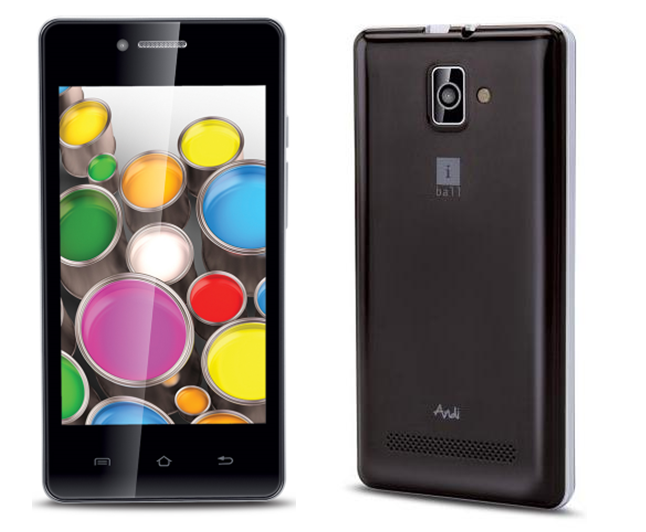 Features and Specifications of iBall Andi4 B20

The iBall Andi4 B20 is now listed on company’s official website as well as e-commerce portals. It is available to buy online for a price as low as Rs. 2,777.

iBall also launched its Andi Avonte 5 smartphone last month for Rs. 5,999. It comes with a 1.3GHz quad-core processor clubbed with 1GB of RAM. The handset runs Android 4.4 KitKat operating system and features a 5-inch FWVGA IPS display with 854×480 pixels resolution. It entails 8GB of inbuilt memory which is expandable up to 32GB via microSD card. On camera front, it sports an 8 mega pixel rotating camera with auto focus and LED flash which can be used as both primary camera and front facing camera. It is backed up by a 2150mAh battery.