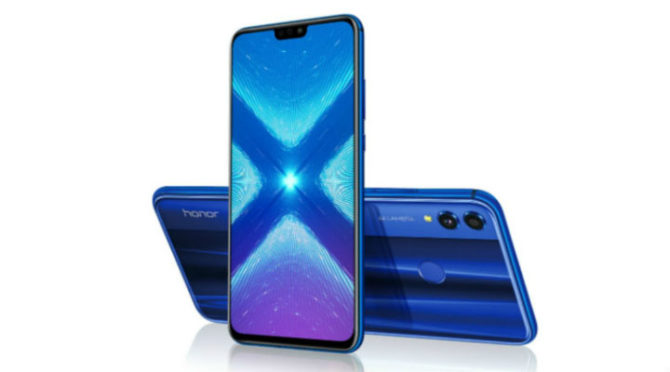 The Honor 8X sports an iPhone-like notch on top. It measures 160.4×76.6×7.8mm and weighs 175 grams. Sensors on the device include an ambient light sensor, compass, gravity sensor, gyroscope, and a proximity sensor. A fingerprint sensor is placed on the back. The new smartphone will be available in Black, Red, and Blue color options.

The Honor 8X was launched alongside Honor 8X Max in China. The premium handset features a 7.12-inch TFT IPS display with full-HD+ (1080 x 2244 pixels) resolution, 19.5:9 aspect ratio, 72 percent NTSC color gamut, and a pixel density of 350ppi. It comes with a waterdrop display notch on top.

What do you think of the specs and price of Honor 8X? Share your views with us on the comments section below.