Huawei subsidiary Honor has launched a new smartphone in India. The all-new Holly 4 Plus is essentially an upgraded version of the Honor Holly 4. It comes with Snapdragon 435 SoC, 5.5-inch display, 4000mAh battery, and a metal body design. Read more to find about Honor Holly 4 Plus Price in India, Specifications, and Features 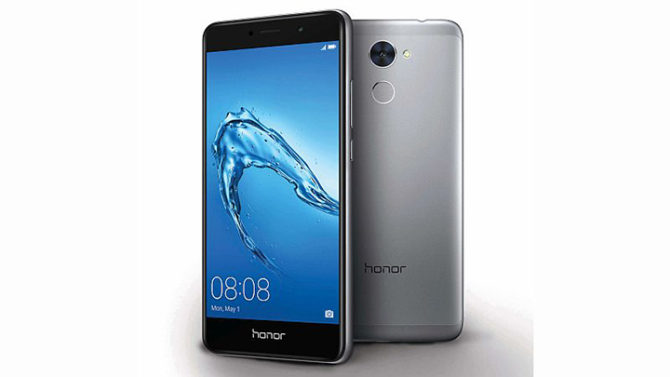 The Honor Holly 4 Plus is priced in India at Rs 13,999. It will exclusively available via offline channels (via all Honor partner stores) across India. Sales start from Friday. The Chinese company claims that it is adding new service centers across India for its customers.

The Honor Holly 4 Plus features a 5.5-inch display with HD (720p) resolution and 2.5D curved glass. It is powered by an octa-core Qualcomm Snapdragon 435 processor and 3GB RAM. The 32GB internal storage can be further expanded via a microSD card (up to 128GB).

On the camera front, the Holly 4 Plus sports a 12-megapixel rear camera with 1.25-micron sensor and a LED flash. Honor is touting the low-light capability of the camera sensor. Camera features include slow-motion, time-lapse and Pro mode. The handset also features an 8-megapixel front camera. It is backed by a 4000mAh non-removable battery that claims to deliver up to 20 hours of video playback and up to 15 hours of web surfing on 4G.

Also read: OnePlus 5T Confirmed To Be Next Flagship Killer – Here’s All We Know

The metal body handset is only 8.2mm thick. It will be available in Grey, Gold, and Silver color options. Sensors on the device include a Proximity sensor, Accelerometer, Ambient light sensor and Gyroscope. A fingerprint sensor is placed on the back panel. The device also comes incorporated with apical technology.

The Honor Holly 4 Plus comes with numerous exciting features, supported by a massive battery. It is aimed at young consumers looking for an all-around device. However, the price might be considered as a con by some users. It remains to be seen how the new handset performs in the market.

“The success of the Holly series was so overwhelming that it encouraged us to continue making improved and revolutionary products. The Holly 4 Plus has been curated to meet the preferences of our consumers better. We have received an exemplary response in all our recent launches from the tech experts and our target audience. This is another offering from us with an aim to cater to the diverse Indian market and serve it in the best way possible,” said P Sanjeev, Vice President Sales, Huawei Consumer Business Group India.