Razer has officially launched a new smartphone with some high-end specs. The new Razor Phone aims to offer the performance of a gaming laptop in a smartphone. Highlights of the new handset include a 120Hz display, 8GB RAM, 4000mAh battery, and dual cameras. Read more to find about Razer Phone Price in India, Specifications, and Features 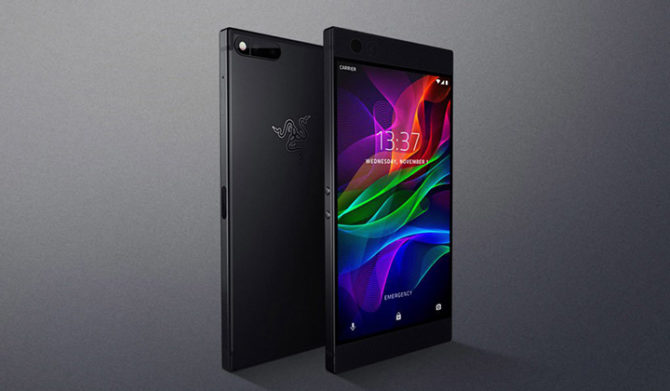 The PC-focused company has launched the Razer Phone at £699 (approx Rs 60,000). It will be available from November 14 on Razer’s online store and offline channels. However, there is no information about an Indian price or launch date as yet.

The Razer Phone sports a 120Hz 5.72-inch IGZO display with a 1440p resolution. The smartphone uses Ultramotion technology (similar to Nvidia’s G-Sync or AMD’s FreeSync) that ties screen refresh rate to the frame rate being outputted by the graphics processor. It helps to avoid screen tearing.

The new smartphone is backed by a big 4000mAh battery with Qualcomm Quick Charge 4.0+. It is powered by a Qualcomm Snapdragon 835 processor along with 8GB RAM and 64GB internal storage.

On the camera front, the new Razer Phone sports a dual camera setup on the back. It combines a 12MP f/1.75 wide-angle sensor with a 12MP f/2.6 zoom lens. The handset also features an 8MP front camera with f/2.2 aperture.

Also read: OnePlus 5T Expected In India On November 16 – All We Know So Far

In terms of design, the Razer Phone incorporates cooling technology seen on laptops. A heat pipe and two layers of thermal shielding turn the structure of the phone into a heat sync. This allows you to carry heavy gaming tasks for long periods without any heating issues. However, you get an 8mm-thick monolithic brick of a smartphone. 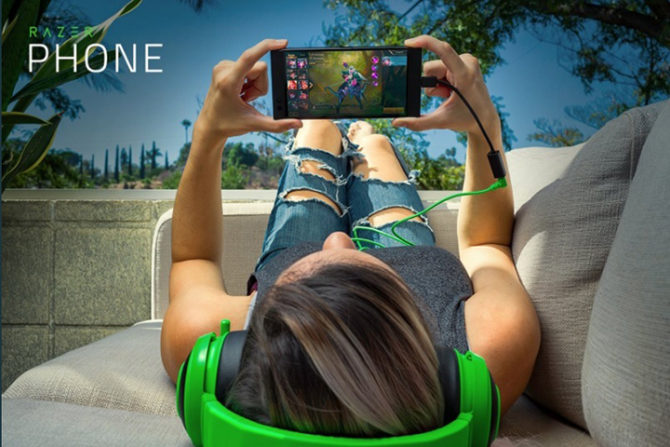 “While most Android games will run fine on the Razer Phone, around 20 percent of them have uncapped frame rates, which will take full advantage of Razer’s technologies. The firm is also working with big-name game developers to optimise some high profile games for the phone, including the upcoming Final Fantasy 15 Pocket Edition and Shadow Gun Legends,” said Tom Moss, head of Razer’s mobile business in an interview.

The Razer Phone looks like an exciting device with high-end specs. As per latest reports, Razer is serious about expanding its smartphone brand. We might see multiple Razer-branded handsets in near future. The brand is aiming the new devices towards gamers. The new smartphone offers high-end specifications and desktop gaming technology.

“We didn’t start out trying to make a gaming phone, but rather a phone for gamers. Something you wouldn’t be embarrassed about pulling out in public. And it had to have the highest performance both on paper and in real life benchmarks,” Tom Moss added. The company is targeting the 15 to 25-year-old gaming enthusiasts. Hopefully, we won’t have to wait too long for the new Razer Phone.