Honor (Huawei sub-brand) has launched multiple new devices in China. This includes a tablet, a smartwatch, and a pair of earbuds. While the Honor Watch Magic is quite similar to the Huawei Watch GT, the Honor FlyPods (truly wireless earbuds) look similar to Apple AirPods. Meanwhile, the Honor Waterplay 8 tablet comes with dual rear cameras. Read more to find about Honor Waterplay 8, Magic Smartwatch, FlyPods Earbuds Price in India, Specifications, and Features Meanwhile, the Honor Watch Magic comes at a price tag of CNY 899 (approx Rs 9,500) and CNY 999 (approx Rs 10,500) for the Lava Black and Midnight Silver color variants. Both the models are available in China via Vmall, JD.com, Tmall, and Suning.

All three devices offer an interesting combo of specs and features. The new Honor gadgets were launched alongside the new Honor Magic 2 smartphone and compliment it very well. Let’s take a close look at the new tablet, smartwatch, and earbuds

In terms of optics, the Honor Waterplay 8 sports a dual camera setup on the back (13-megapixel sensor + 5-megapixel sensor). The 8-megapixel fixed-focus front camera comes with f/2.0 aperture. The internal storage is further expandable via a microSD card (up to 256GB).

The Honor Waterplay is backed by a 5,100mAh battery with 9V/2A fast charging support. Sensors on the device include an ambient light sensor, compass, gyroscope, gravity sensor, and proximity sensor. 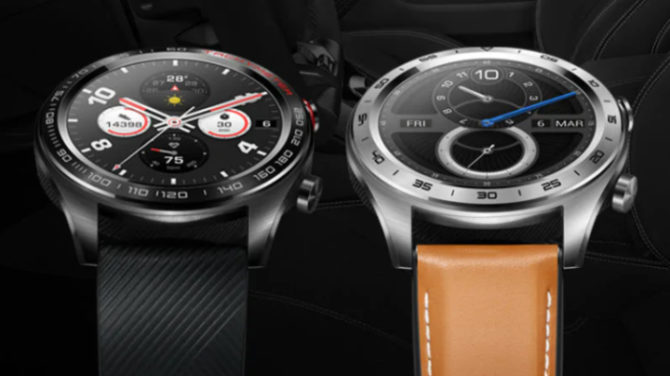 The Honor Watch Magic smartwatch runs its own operating system. However, it can be connected to both Android (4.4 or above) and iOS (9 or later) devices via Bluetooth 4.2 LE. The new smartwatch is backed by a 178mAh battery. 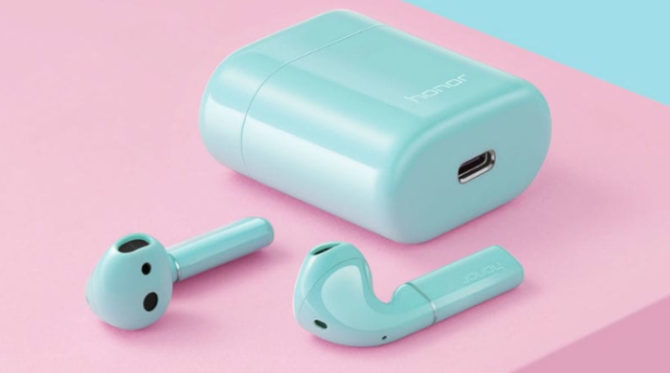 The new pair of earbuds looks almost similar to Apple AirPods. Both the FlyPods and FlyPods Pro come with touch controls. The 420mAh battery can be charged via a charging case (charges via a USB-C port and wirelessly). Additional highlights include Honor’s BoneID technology that uses voice recognition and ‘bone sound pattern’ recognition as biometric authentication to unlock your smartphone by voice.