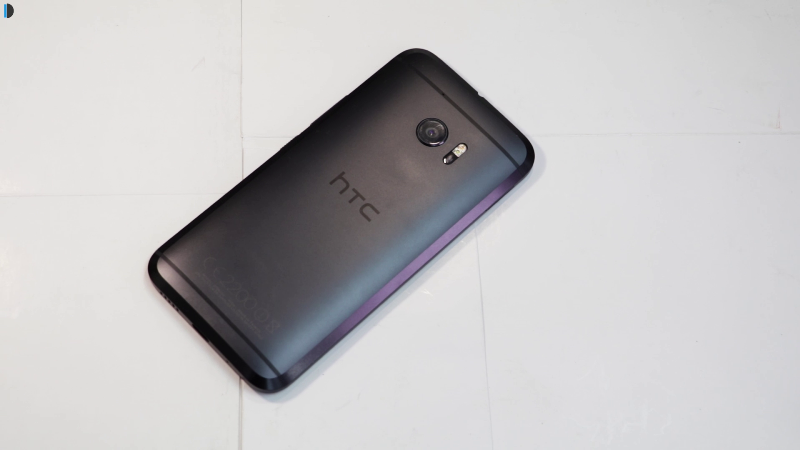 Here are the 8 reasons why you should buy the HTC 10:

It features premium all metal design with chamfered edges that makes it look very impressive. The rear of the phone has a slight curve for comfortable fit. It is a well built and sturdy phone which looks very nice while holding in hand.

On the front, it features a 5.2-inch Quad HD Super LCD display with 1440p resolution and Corning Gorilla Glass protection. The screen looks very vibrant. Colors are bright and vivid and look very accurate without being over-saturated. Viewing angles and sunlight legibility of the screen are great. The display is suitable for watching videos, editing images and playing games.

For photography buffs, it sports a 12 mega pixel (Ultrapixel 2) rear camera with dual-tone LED flash, f/1.8 aperture, Laser auto focus and 4K video recording capabilities. There is also a 5 mega pixel auto focus front facing camera with f/1.8 aperture and 86-degree wide angle. Both front and rear cameras come with OIS to get rid of the shaky images. The phone takes very crisp and sharp images. The detailing, clarity and color reproduction of the images taken with this phone are very impressive. Although it takes great quality images, yet there is some scope of improvements in the camera app which we have mentioned in the later segment of the post, i.e. reasons not to buy HTC 10.

The HTC 10 is armed with a 64-bit quad-core Qualcomm Snapdragon 820 processor paired with Adreno 530 GPU and 4GB of RAM. It houses 32GB of internal memory which can be expanded up to 2TB via microSD card. We tested it on AnTuTu, and got scores of around 1,40,000 points. We also played a few games Frontline Commando 2 and Modern Combat on this phone which it handled very smoothly without any lag or dropped frames. It is a very powerful smartphone that handles intensive multitasking and gaming with ease.

It is fueled by a 3000mAh battery that lasts for a day. It comes with USB Type-C port and supports Quick Charge 3.0 technology that delivers up to 50% charge in 30 minutes and full charge in 90 minutes.

Another thing that impresses about the HTC 10 is that it comes with BoomSound Hi-Fi Edition speakers with Dolby Audio. It comes with a separated tweeter and woofer design along with a dedicated amplifier that delivers great audio experience.

The device runs Android 6.0 Marshmallow with latest HTC Sense UI running on top. The software is clean and smooth and feels close to stock Android. On swiping to the left of the home screen, you get Blinkfeed, that shows news and social feed. There is an app called Boost+ that lets the phone run smoothly by clearing cache and deleting junk files. It also allows users to lock the important apps which means that you will have to scan your fingerprint to unlock them. Freestyle layouts are also available in the phone that replace home screen icons with stickers that perform additional functions. If you get bored of the same app grid home screen, then freestyle layouts are worth giving a try.

There is a fingerprint scanner embedded into the home button for additional security. It is said to unlock the phone in 0.2 seconds. During our time with the phone, it unlocked the phone very quickly and accurately.

HTC 10 Review: Reasons To Not Buy

The camera department of HTC has been considerably improved over the predecessors. HTC 10’s camera takes great images, but there is some scope of improvement. The camera app sometimes feels a bit lagy which needs improvement. There is a gesture to launch the camera app right from the lock screen, but that feature is not very fast and takes some time to launch.

It does not support wireless charging which is disappointing for a flagship smartphone in this price range.

It is a single SIM phone allowing you to put only one SIM card on this phone at one time. It is not a hybrid SIM phone and microSD card slot is provided separately.

The HTC 10 is priced at Rs. 52,990 which is a bit expensive. There are some other powerful smartphones in the lower price range that you can consider.

Also Read: HTC One X9 Review: Reasons To Buy & Not Buy [With Video]