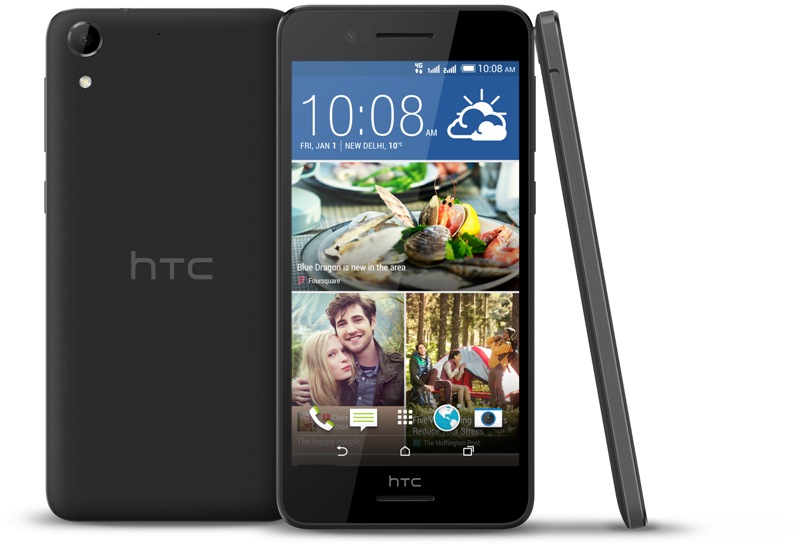 HTC’s Desire 728 Dual SIM smartphone with 4G support has finally made its debut in the Indian market. To recall, the mid-ranged phone was first launched in China last year in 2015. HTC also launched a 3G variant of the device in India in November last year.

As for specifications, the HTC Desire 728 Dual SIM is powered by a 64-bit octa-core MediaTek MT6753 processor clocked at 1.3GHz paired with 2GB. Running Android 5.1 operating system, wrapped under HTC’s Sense UI, it features a 5.5-inch HD display with 1280×720 pixels resolution. There is 16GB of internal memory onboard which is expandable up to 2TB via microSD card.

It sports a 13 mega pixel rear camera with auto focus, LED flash and BSI sensor while there is also a 5 mega pixel front facing camera. The handset is backed up by a 2800mAh battery. Connectivity options include 4G LTE, Wi-Fi, Bluetooth and Micro-USB. It measures 157.9×77.8×7.87mm, weighs 153 grams and will be available in Purple Myst and White Luxury color options. It features HTC BoomSound technology with Dolby Audio.

Considering the spec-sheet of Desire 728 Dual SIM, it may have a tough time competing with other smartphones such as OnePlus X and Lenovo Vibe S1 with better specs in the Indian market.