The HTC One Me Dual SIM smartphone which was announced earlier this month in China, has now been launched in India. The handset will be available to buy in India by the end of June 2015 in Classic Rose Gold and Meteor Grey color options.

As for specifications, the handset is powered by a 2.2GHz octa-core MediaTek Helio X10 processor paired with 3GB of RAM. Running Android 5.0 Lollipop operating system, it features a 5.2-inch WQHD display. Other specifications of One ME include 32GB inbuilt memory, 20 mega pixel rear camera, 4 Ultrapixel front facing camera and a 2840mAh battery. 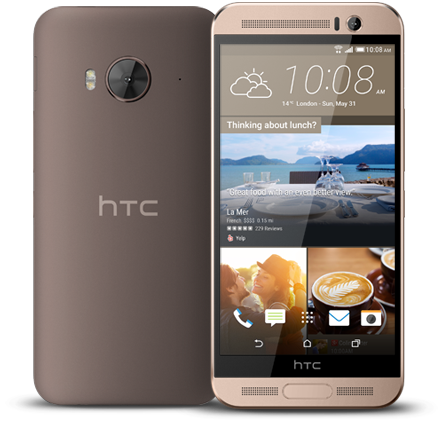 Features and Specifications of HTC One ME

HTC has unveiled a new smartphone in One series- the HTC One ME smartphone in China. The One ME is powered by a 64-bit 2.2GHz octa-core MediaTek Helio X10 processor paired with 3GB of RAM. It features a 5.2-inch WQHD display with 2560×1440 pixels resolution and runs Android 5.0 Lollipop operating system wrapped under HTC Sense UI.

The smartphone houses 32GB of inbuilt storage which is expandable via microSD card (up to 2TB). It comes with 20 mega pixel rear camera with f/2.2 aperture and BSI sensor. There is also a 4 UltraPixel front facing camera on board with f/2.0 aperture.

Furthermore, the HTC One ME comes equipped with fingerprint sensor and sports HTC Boomsound dual front speakers powered by Dolby Audio. It takes design cues from HTC One E9+ and HTC One M9+.