HTC’s upcoming Nexus smartphone, the HTC Nexus Marlin has paid a visit to benchmarking website AnTuTu revealing its specifications and features. As per the listing, the Marlin will be powered by a quad-core Qualcomm Snapdragon 820 processor paired with Adreno 530 GPU and 4GB of RAM. The phone will feature a 5.5-inch QHD display with 2560×1440 pixels resolution. 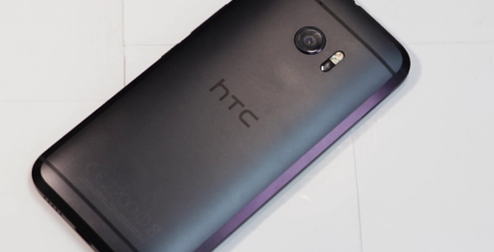 The listing also reveals that the Nexus Marlin will run Android 7.0 Nougat operating system and will be backed up by a 3450mAh battery. For photography buffs, the phone sports a 13 mega pixel primary camera and an 8 mega pixel front facing camera. Also onboard will be 32GB of internal memory. Connectivity options include 4G LTE, Wi-Fi, Bluetooth, GPS and USB Type-C.

The other Nexus smartphone, called the HTC Nexus Sailfish will be a smaller variant with 5-inch full HD (1920×1080 pixels resolution) display. Other specifications of the phone are similar to that of the Nexus Marlin. 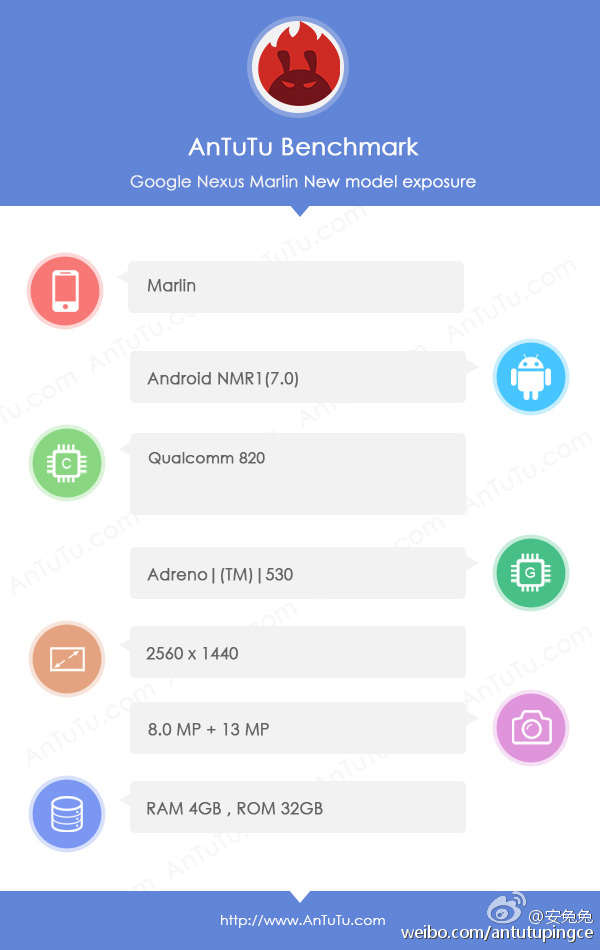 There is no word on pricing and availability of the Nexus Marlin or Nexus Sailfish. We expect more details to surface in the coming days. Stay tuned with us for more developments on this story.

HTC is reportedly working on two Nexus smartphones which are to be launched this year in 2016. The upcoming Nexus devices are codenamed as ‘Marlin’ and ‘Sailfish’. Both devices are likely to run Android Nougat operating system. While the specifications of Sailfish have already been leaked last week, it is the Marlin which is now making a buzz over the internet. Read on to find out more details.

As per Android Police, the Nexus Marlin will succeed the Nexus 6P. It will be powered by a quad-core Qualcomm Snapdragon 820 or the rumoured 821/823 processor and feature a 5.5-inch QHD AMOLED display with resolution of 2560×1440 pixels. It is likely to be launched in two storage variants- 32GB and 128GB. As for camera, it is expected to sport a 12 mega pixel rear camera and an 8 mega pixel front camera. Other specifications of the phone include 4GB of RAM, 3450mAh battery, USB Type-C port, fingerprint sensor on the rear and bottom firing speakers. It is said to support Bluetooth 4.2 connectivity option.

The Nexus Sailfish is said to feature similar set of specifications as the Nexus Marlin, except a few differences. The Sailfish is likely to come with a 5-inch full HD display with 1920×1080 pixels resolution and 2770mAh battery. It is also expected to come with a fingerprint sensor, USB Type-C port and bottom firing speaker. Rest of the specifications are expected to be the same.

Also Read: Google Nexus 5X Review With Reasons To Buy & To Not Buy [With Video]