After innumerable rumors and leaks, it seems that we have now got something concrete about HTC’s upcoming One E9 smartphone. The company has silently released the One E9+ phone in China and the handset is now listed on official website. The specifications of One E9+ however on the product specifications page do not match with the specs mentioned on home page. We believe that HTC has accidentally mentioned One E9’s specs instead of the details of its more powerful variant, the One E9+. If the listings are to be believed, the One E9 will sport a  5.5 inch FHD display with 1080 x 1920 pixel resolution, 2 GB of RAM and 13 mega pixel rear camera. Read on to find more information on specifications, features, price and availability of HTC’s upcoming One E9 smartphone. 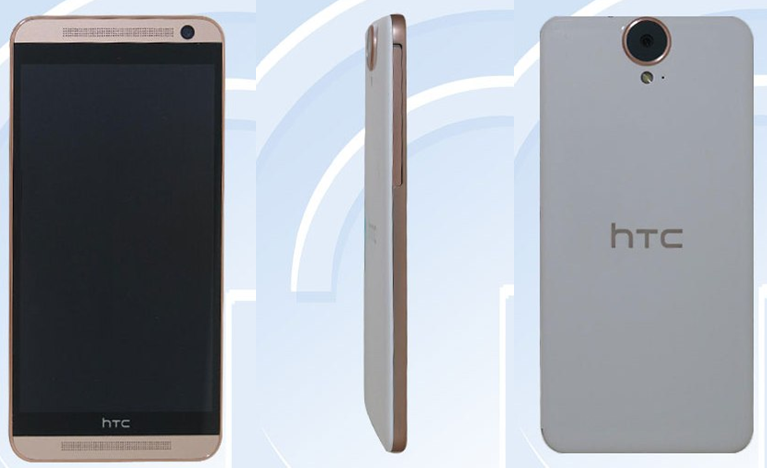 Its been around just a fortnight since the launch of HTC’s flagship device HTC One M9  at the MWC 2015 event in Barcelona and now, HTC seems to be working on its another smartphone in high-end segment. This smartphone is none other than HTC One E9. A Chinese website Tenaa has posted leaked images along with specifications which makes us believe that the One E9 is soon going to hit the markets.

According to the sources, the upcoming HTC’s device, One E9 will run on octa-core MediaTek MT6795 processor clocked at 2 GHz alongside 3 GB of RAM. The handset will run on Android 5.0 Lollipop with HTC’s latest Sense UI 7.0 on the top. It will feature 5.5 inch qHD display with 2560 x 1440 pixels resolution. HTC’s E9 is also rumored to sport a 20 mega pixel camera at the rear end. Connectivity options on the device will include 4G LTE support besides the usual set of connectivity options. On storage front, it will house  32 GB of inbuilt storage with microSD card support for expandable storage. It will pack a 2800 mAh battery and will be launched in  White Rose Gold, Brown Gold and Metallic Gray color options.

Features and Specifications of Upcoming HTC One E9 smartphone

The exact launch date of HTC One E9 is not known yet, however it is expected to be launched by the end of March 2015. It is likely to be launched in China first, followed by other markets, just like the launch of its predecessor HTC One E8.