HTC One Max the big brother of HTC One from HTC was announced globally and today we read this on GizBot that the latest phablet form HTC is arriving in India very soon. HTC One is a 6-inch Android phablet having the same HTC One features on a bigger screen and with a fingerprint sensor. 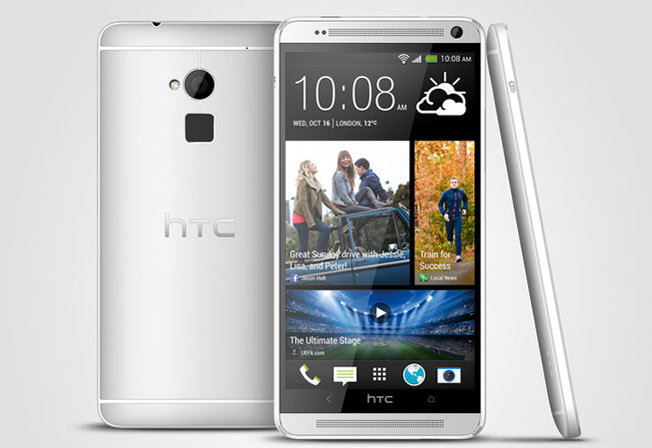 As we had posted about this earlier, HTC One Max sports a 5.9-inch (1080×1920 pixels resolution) full HD display, powered by a 1.7 GHz Quad core Snapdragon 600 processor and runs on Android Jelly Bean 4.3 with the latest Sense 5.5. Along with this the phablet has a fingerprint sensor having the same job as the fingerprint sensor on the iPhone 5s, unlocking the phone and applications. More details about the device are given below.

HTC One Max though announced on 14th October 2013 globally still haven’t been available yet. According to GizBot, the HTC One Max will be arriving India by the first week of November and would be priced about 45,000 to 50,000. Let’s see how true this leak stands.