In November last year, HTC announced the successors of its HTC U11 smartphone – the HTC U11+ and HTC U11 Life. The HTC U11 Plus is the company’s first smartphone with an edge-to-edge display. It also comes with the company’s Edge Sense feature. Now, the Taiwanese brand has launched the premium smartphone in India. Read more to find about HTC U11 Plus Price in India, Specifications, and Features 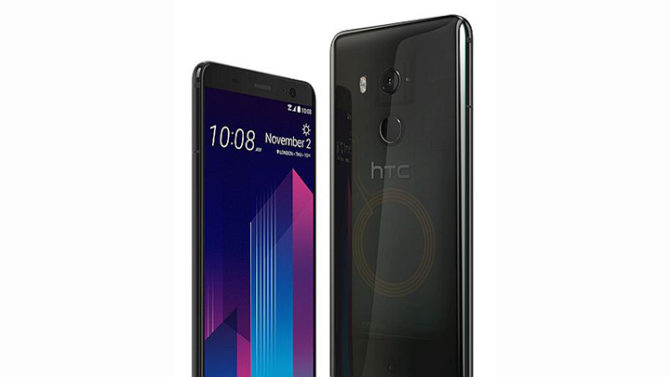 The HTC U11 Plus is priced in India at Rs 56,990. It will be exclusively available on Flipkart from February 7. At its price point, the new smartphone will compete against the likes of Samsung Galaxy S8 and Apple iPhone 8.

The HTC U11+ sports a 6.0-inch Super LCD display with Quad HD+ resolution (1440 x 2560pixels) and Corning Gorilla Glass 5. It is powered by a 2.45GHz octa-core Qualcomm Snapdragon 835 processor along with 4GB RAM and 64GB internal storage. The Europe variant comes with 6GB RAM and 128GB storage.

On the camera front, the HTC U11 Plus sports 12-megapixel UltraPixel camera with autofocus, BSI sensor, OIS, f/1.7 aperture, and a dual LED flash. There’s also an 8-megapixel front camera with BSI sensor and f/2.0 aperture. The new handset is backed by a 3930mAh battery with QuickCharge 3.0 support.

The HTC U11 Plus runs Android 8.0 Oreo out-of-the-box with the HTC Sense UI on top. It comes with Google Assistant and Amazon Alexa support. Both can be integrated with the Edge Sense feature. Other features include HTC’s Sense Companion which learns user patterns and offers information accordingly.

The handset comes with a translucent glass back and IP68 (water and dust resistant) certification. A fingerprint scanner is placed on the back. It measures 158.5 x 74.9 x 8.5mm and weighs 188 grams. The new smartphone comes in Ceramic Black, Amazing Silver, and Translucent Black color options. However, in India, the new smartphone will available in Amazing Silver color option (Ceramic Black version coming soon).

The HTC U11 Plus also sports HTC BoomSound and HTC USonic earbuds. The company claims that the BoomSound speaker on the new handset is 30 percent louder than HTC U11. Connectivity options include USB Type-C 3.1, Bluetooth 5.0, Wi-Fi 802.11 a/b/g/n/ac, NFC, DLNA, and Miracast.

The HTC U11 Plus offers decent improvements over its predecessor. The HTC U11 comes with a 5.5-inch display with a resolution of 1440 x 2560 pixels. It is powered by a 2.45GHz octa-core Qualcomm Snapdragon 835 processor, 6GB RAM, and 128GB internal storage (expandable up to 2TB). On the camera front, the HTC U11 packs a 12-Ultrapixel rear camera and a 16MP front camera. It is backed by a 3000mAh non-removable battery. Are you excited about the new device from HTC? Let us know in the comments section below.