iBall has launched its new affordable Android based smartphone- iBall Andi 4.5V Baby Panther in India, adding to its Andi series. Earlier this year iBall also launched another smartphone- iBall 5K panther which was dubbed as first Octa-Core smartphone from iBall. Speaking of the latest debut from iBall, 4.5V Baby Panther, this smartphone is powered by 1.4 GHz Octa-Core MediaTek MT6592M processor along side 1 GB of RAM and runs on Android 4.4 operating system. It features a  4.5 inch qHD display with 540 x 960 pixels resolution. On storage front it comes with 8 GB of in-built storage which is further expandable up to 32 GB via microS card. 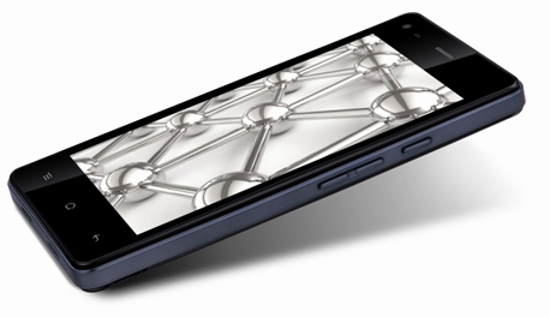 This dual-SIM smartphones houses an 8 mega pixel rear camera with auto focus an LED flash and a 2 mega pixel front facing camera for capturing stunning selfies. It is fueled by a 1700 mAh battery. The connectivity options include 3G, GPRS/ EDGE, Wi-Fi 802.11 b/g/n, Micro-USB, and Bluetooth.

Commenting on the launch, Sandeep Parasrampuria, Director, iBall, said, “We are pleased to announce the new addition ‘Baby Panther’ – to the Andi Panther series. It is the compact with superior technological performance at low price point. Baby Panther is not only stylish but also the first 4.5” smart phone in the market today. It is sure to strike a chord with the entire new age users who are not only tech savvy but also conscious about the gadgets they carry.”

This device will go on sale in India in two color options- White and Blue, at an affordable price tag of Rs. 7,599/-.