iBall has launched its latest Slide series tablet- iBall Slide Cuboid. Under the hood, it packs a 1GHz quad-core processor paired with 2GB of RAM. It features an 8-inch IPS display with 1280×720 pixels resolution and runs Android 5.1 Lollipop operating system. 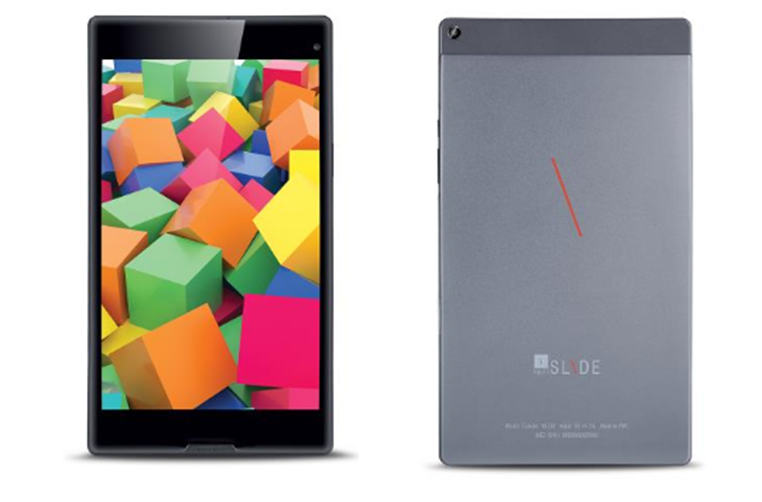 Backed up by a 4500mAh battery it is rated to deliver up to 840 minutes of 3G calling, 1680 minutes of 2G calling and 1800 minutes of audio playing. It offers 4G LTE, Wi-Fi, Bluetooth and GPS as connectivity options. The tablet also supports USB OTG allowing users to watch movies and videos directly on the screen using pen-drive without having to transfer them.

Applications that come pre-loaded on the device include Hungama, YouTube, Facebook and WhatsApp.  It comes with 9 Indian regional system language support and 21 regional languages support on keyboard. The tablet also comes with Excel, Word and PowerPoint and GameLoft games such as Asphalt Nitro, Bubble Bash 3, Spider-Ultimate Power, Midnight Pool and Motorcross: Trial Extreme.