A person named Sonny Dickson posted some images of iPhone on twitter, he used to leak the images of parts of iPhone previously too and that turned out true as well. In past, he leaked the images of iPhone 5S and iPad Mini too before the device announced. So we can consider that images we are seeing, may be of the next iPhone. Another user on twitter also posted complete images of iPhone. We can clearly see that new iPhone will feature slimmer design, a bigger display, no bezel on sides as well. 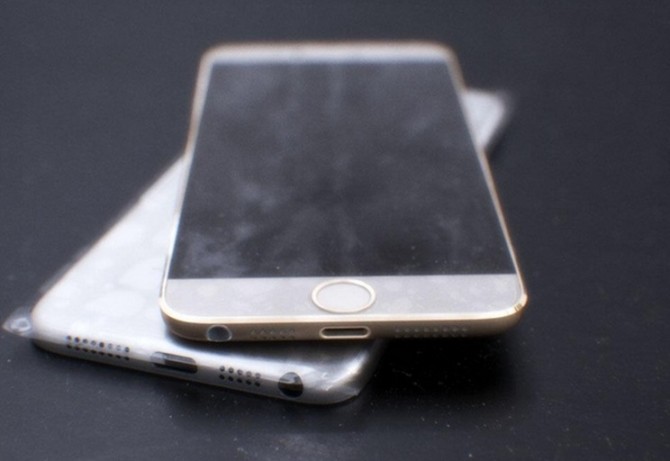 On front, we can see that there is a home key as we are seeing in all iPhones till now. The front camera is placed in the middle at top as usual. There is not bezels on the both sides of iPhone and a bigger display.

Previous reports suggested that Apple is launching two iPhones this time with one big and another small display.