Early this year, InFocus launched a 4G LTE enabled budget smartphone, called the Bingo 21, for Rs. 5,499. Now the company has expanded its Bingo series with the launch of InFocus Bingo 20 smartphone.

Under the hood, the Bingo 20 is powered by a quad-core Shark L SC9830 processor clocked at 1.5GHz paired with 1GB of RAM. The phone runs Android 5.1 Lollipop operating system wrapped under Inlife UI 2.0. On the front, it features a 4.5-inch FWVGA IPS display with 854×480 pixels resolution. The handset houses 8GB of internal memory which can be expanded further up to 64GB via microSD card. 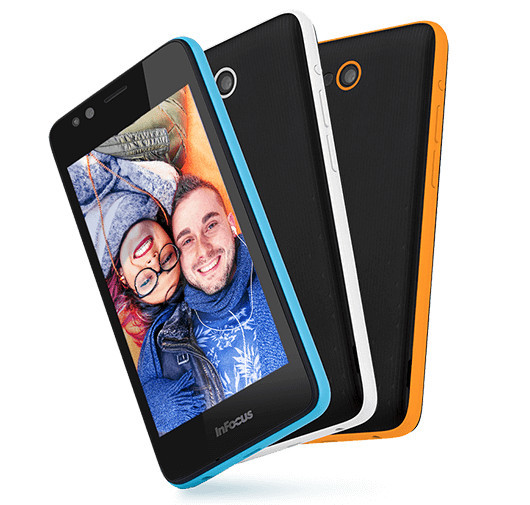 On photography front, it sports an 8 mega pixel rear camera and a 5 mega pixel front facing camera. Both front and rear cameras are accompanied with LED flash for better images in low lighting conditions. It is backed up by a 2300mAh battery. Connectivity options which the phone offers, include 4G LTE, Wi-Fi, Bluetooth and GPS. It measures 136.8x67x10.82 mm and comes with dual SIM support.

The InFocus Bingo 20 is priced at Rs. 5,749 and comes in Blue, White and Orange color options.

The InFocus Bingo 21 on the other hand, is priced at Rs. 5,499. It comes with similar specifications except that it houses 2GB of RAM instead of 1GB of RAM. The Bingo 21 is comparatively cheaper, yet houses more RAM than the Bingo 20.