Intex has launched Intex Aqua Xtreme V smartphone in the Indian market, expanding its Aqua series. The handset is essentially the upgraded version of Aqua Xtreme phone which was launched in December 2014. Both the handsets share identical specs except that the Aqua Xtreme V houses 16 GB inbuilt memory unlike 32 GB internal storage of its predecessor. The handset retains sleek design with mere 6.99 mm thickness just like its older variant. Read on to find more information on specifications, features and availability details. 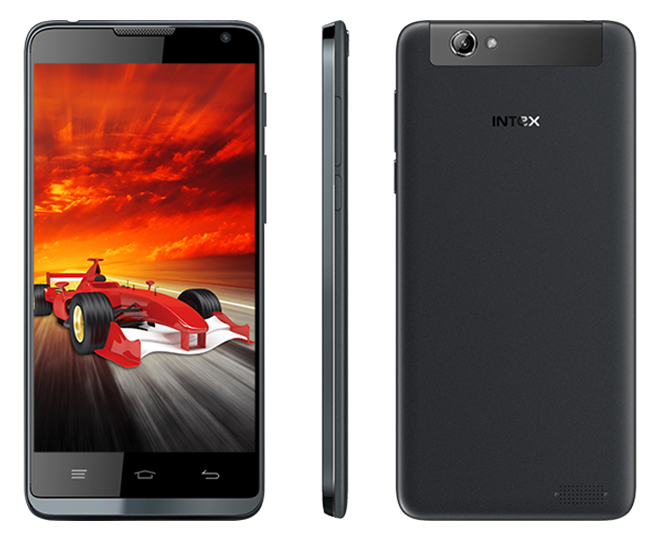 As for specifications, the Aqua Xtreme V is powered by a true octa-core MediaTek (MT6592) processor clocked at 1.7 GHz alongside 2 GB of RAM. It features a 5 inch HD IPS display with 1280 x 720 pixel resolution and Dragontrail Glass protection. The smartphone runs Android 4.4.2 KitKat operating system. For photography freaks, the smartphone comes with a 13 mega pixel camera on the rear with LED flash and a 5 mega pixel camera in the front for capturing selfies or for making video calls. The device comes preloaded with camera options such as Continous Shots, Face Beauty, Live Photo mode, Panorama, Face Detection, Smile Shot and Object Tracking. It houses 16 GB of inbuilt memory which is expandable up to 32 GB via microSD card.

The phone measures 144 x 69.7 x 6.99 mm and weighs 119.5 grams. Connectivity options on the handset include 3G, Wi-Fi, Bluetooth, GPRS/ EDGE, GPS/ AGPS and Micro USB options. It packs a 2000 mAh battery which is enough to deliver up to 7 hours of talk time and up to 180 hours of standby time. Some of the apps preloaded on the handset include Intex Zone, Opera mini, OLX, Intex Play,  Intex care and Flipkart.