iVoomi has launched a new Android Go smartphone in the Indian market. The new iVoomi iPro comes with a shatterproof display. Additional features include Face Unlock, Time-Lapse, and AR Emoji. Read more to find about iVoomi iPro Price in India, Specifications, and Features 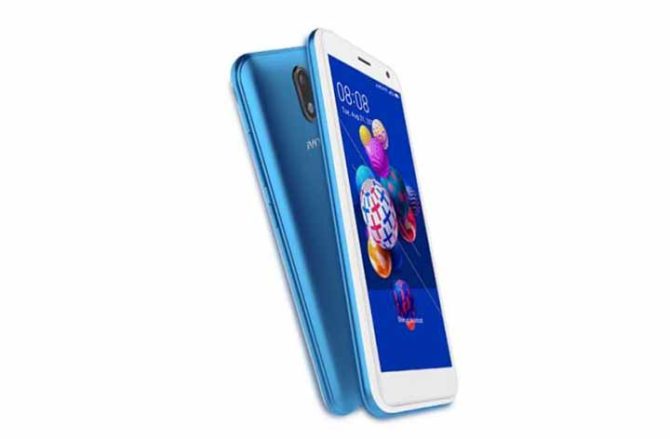 The new smartphone is priced at Rs 3,999. It is exclusively available on Flipkart. As part of ‘Jio Football Offer,’ customers will receive a cashback worth Rs 2,200 from Reliance Jio (on recharge of Rs 198 or Rs 299).

The new handset is powered by a 1.3GHz quad-core MediaTek MT6737 processor and 1GB RAM. The 8GB internal storage can be further expanded via a microSD card (up to 128GB). It is backed by a 2,000mAh battery with a battery-saving feature called an Intelligent Power Saving Mode.

The iVoomi iPro features a 4.95-inch FullView display with FWVGA+ (480 x 960pixels) resolution and an 18:9 aspect ratio. It is protected by a shatterproof glass panel. The new handset measures 140 x 66 x 10mm. It comes in Platinum Gold, Indie Blue, and Matte Red color options. Sensors on the device include a gravity sensor and a proximity sensor.

Earlier this year, the HongKong based brand launched the iVoomi i2 Lite with a dual rear camera setup at Rs 6,499. Recently, the company’s sub-brand Innelo launched a new smartphone in India.

“iVoomi iPro has been designed keeping in mind the aspirations of a typical smartphone buyer in India who wants to own the best of technology without burning a hole in his pocket,” said Ashwin Bhandari, CEO, iVoomi India.

“This includes users who are switching from feature phones to smartphones but have a budget constraint. Bringing the latest technology at the most competitive prices has been the core vision of the company. With this, we also decided to bring back our much-adored Shatterproof Display coupled with the in-demand AR Emoji,” he added.