Phablets Phablets everywhere, not a phablet to zero in on. This is precisely the dilemma which is being faced by every second person in the market who intends on buying a budget phablet. And to make your choice all the more diificult, Karbonn has just announced another phablet. Karbonn has launched A111 which is a 5 inch phablet and will rival the current leader in the segment, the Micromax Canvas 2 A110.

Karbonn A111 is a phablet with a 5.0 inch capacitve display of resolution of 480 x 800 pixels and shall run on Android 4.0 which is Ice Cream Sandwich and shall give the user a stock Android experience. It is now available for a price of Rs.10,290. The phablet will have a 1.2 GHz dual-core processor as its heart but unlike the Mediatek processors found on the competing handsets, it shall be a Qualcomm unit which shall be a big plus for the smartphone as the Qualcomm processors offer far more superior performance than the Mediatek Units. 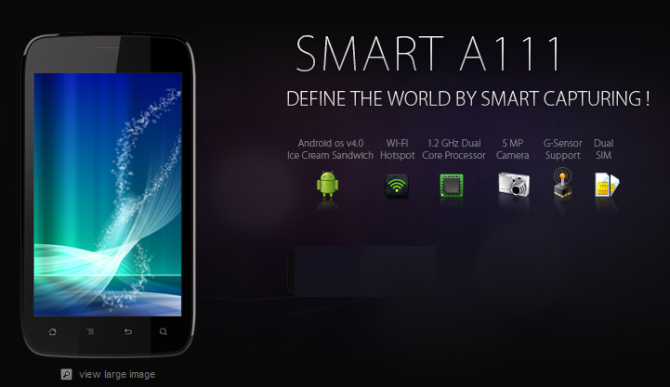 Some of the Specifications of the device are:

The budget phablet comes at a time when the time of Cheap Quad cores is about to come in just a couple of weeks when Micromax launches their budget Quad-Core phablet. Also, Karbonn have themselves launched a Quad-Core device, the Karbonn S1 for Rs.10,990. So it is quite a bumpy ride for the latest phablet, but who knows it might just find a lot of takers as Micromax’s smartphones run out of stock quite easily. It can be ordered from flipkart.com at a price of Rs.10,290.