Acer recently announced the Acer Iconica B1 at a budget price of Rs.8,199 and we believed that this would lead to the Indian manufacturers of tablets dropping the prices f their budget tablets as people would any day prefer a budget tablet from an MNC over that from an Indian brand with similar specifications. But they could also launch newer products at a lesser price as well. And this precisely what Lava has done.

Lava has just introduced their first Jelly Bean powered budget tablet, the Lava eTab Xtron. The tablet can be all yours for a price of Rs.6,770. The tablet will be a 7 inch tablet and will have a capacitive display to complement the Android power it brings to the table. The 7 inch capacitive display has a resolution of 1024×600 pixels and being an IPS display unit, we expect the device to reproduce crystal clear images as well. The device comes with 8 GB of internal storage and the memory can be expanded upto 32 GB via a microSD card. 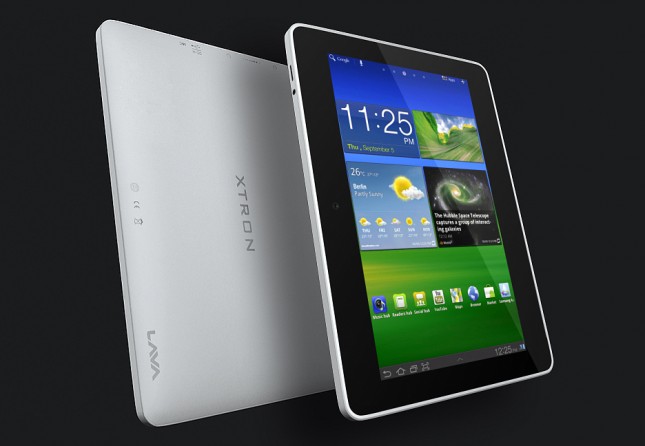 The budget tablet comes with a 1.5 GHz dual core processor of Cortex A9 architecture coupled with a quad-core GPU for handling your graphic intensive applications. And that is not all, it also gets 1 GB of RAM to give it a slight edge over the other offerings in the same segment which usually come with 512 MB of RAM. The device also comes with a 2 MP HD front camera for video calling, self portrait shots and vanity checks.

It is a Wi-Fi only tablet but the 3G can be accessed via a USB dongle. The device will derive juice from a 3,500mAh battery and will come with a lot of freebies. It gets an entertainment package worth Rs.2,000 from Hungama.com, a month of unlimited movies courtesy BigFlix, discounts totalling up to Rs.4,000 from meritnation.com, a career booster package and an additional 20 percent discount coupon from edukart.com. So it gives you freebies equal to its price which might just be the deal breaker when people buy a budget tab.