Karbonn has launched a new budget smartphone- Karbonn Aura in the Indian market. The smartphone is powered by a 1.2GHz quad-core processor paired with 512MB of RAM. Running Android 4.4 KitKat, it features a 5-inch IPS display. It sports a 5 mega pixel rear camera with LED flash and a 2 mega pixel camera on the front.

There is 8GB of inbuilt storage which is expandable up to 32GB via microSD card. Backed up by a 2000mAh battery, the handset offers 3G, Wi-Fi, Bluetooth and Micro-USB as connectivity options. The device comes with G-sensor which automatically rotates itself on sensing tilting direction. The phone can be synced to Outlook emails and comes with voice search option. 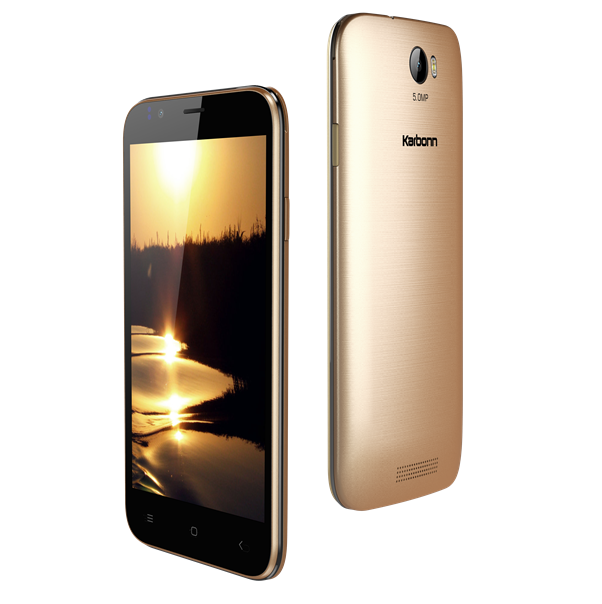 Features and Specifications of Karbonn Aura

Priced at Rs. 4,990, the Karbonn Aura is available to buy from major retail stores across the country. 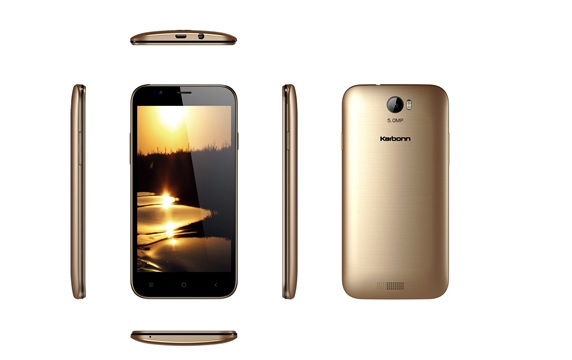 Karbonn also launched Alfa A120 smartphone earlier this year for Rs. 4,590. The device packs a 1.3 GHz dual core processor paired with 512MB of RAM. It features a 4.5-Inch FWVGA display with 854×480 pixels resolution and runs Android 4.4.2 operating system. Other specifications of the handset include 4GB internal memory which is expandable up to 32GB via microSD card, 5 mega pixel rear camera, VGA front facing camera and 3000mAh battery.

Both Aura and Alfa A120 share some similar specs such as RAM and rear camera but there are differences as well. Former packs better front camera and more inbuilt storage but lesser battery as opposed to latter.