Lava, the Indian smartphone manufacturer has been following a dual approach in the Indian market. The slightly premium handsets come under the brand name Xolo whereas the slightly cheaper handsets come under the brand name Lava. Lava had announced a budget 5 inch phablet back in January, the Lava Iris 501 which ran on Android Ice Cream Sandwich but now Lava is upgrading it to Android 4.1 Jelly Bean.

That is not all that is going to happen. The smartphone has also been given a price cut and from the previous price of Rs.9,999, the device will now start to retail for Rs.7,999 (Buy Now) which gives the smartphone a big advantage over the similarly specced smartphones. The Lava Iris 501 comes with a 5 inch capacitive display of 800×480 pixels resolution which is similar to the one found on the Micromax Canvas 2 A110. 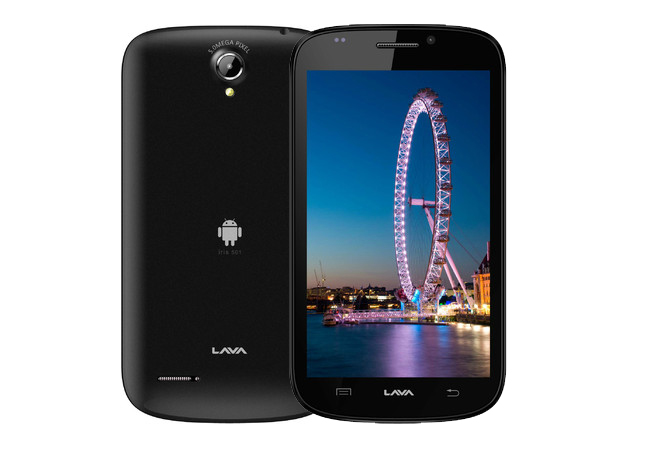 The smartphone is powered by a dual core 1GHz processor which is a Mediatek unit. It is coupled with a PowerVR SGX531 GPU which is good enough for the budget smartphones. It has a 512 MB RAM and an internal storage capacity of 4GB which can be expanded by another 32GB with the help of a microSD card. There’s a 2,300 mAH battery unit giving it the juice which we think would last for a day and a half under normal usage.

It has a 5 megapixel camera at the rear and the Jelly Bean update will do it a whole world of good. There’s a VGA camera up front as well. So if you think everything is as good as it sounds, that is not the case. You won’t be able to upgrade it on your own and instead will have to visit the Lava service center for the update to be availed. But the update is in itself an achievement seeing the fact that Indian manufacturers do not come with a reputation of upgrading the devices.