Lava International Limited announced the launch of its IvoryS tablet for the price INR 8,499. The tablet sports a 7-inch multi touch capacitive display with the resolution of 1024*600 pixel resolution. The tablet has 1.3GHz dual core processor from MediaTek along with Mali 400 GPU. It comes with 1GB of RAM. The tablet has 4GB of internal storage along with 32GB memory card support. On the back of smartphone there is a 3.2-megapixel camera along with flash. There is a VGA front camera too for video calling. 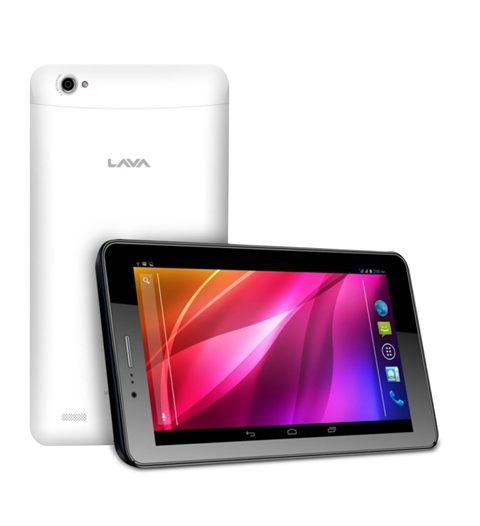 The Tablet comes with 2800mAh battery which according to the company can provide up to 200 hours of standby along with 8 hours of talk time. The smartphone is dual SIM smartphone, one SIM sports 3G connectivity and second SIM sports 2G connectivity. On the other hand, the smartphone features Wi-Fi, Bluetooth, USB tethering.

The tablet comes pre-loaded with the host of youth-centric productivity and security apps and games like Opera, Hungama Music App, WhatsApp, PayTM, EA games. The Lava IvoryS comes in grey and white colours at price INR 8,499 and it will be available across national retail chain stores, multi-brand outlets across India and online stores.

Speaking about IvoryS,S.N. Rai, Co-founder and Director, LAVA International said, “We are very happy to announce the launch of our latest sleek and affordable offering, IvoryS, 7 inch tablet which is an extension of our Ivory Series. IvoryS is especially designed for youngsters and young working professionals to engage them with stylish product that meets their requirements of entertainment and connectivity at an affordable price. ”

Recently, LAVA International Ltd launched another tablet in the market, the QPAD e704. Providing an impressive set of features with a price tag which is south to 10,000 Rupees mark.

The Tablet is dual SIM with one SIM 3G calling another SIM 2G connectivity. But still there is nothing new in tablet to talk about. And at the price tag around INR 8,499 one can consider the 2012 edition of Google Nexus 7 tablet which costs around INR 9000 in market. The Nexus 7 tablet has better specifications than this tablet.