While earlier reports were hinting at Lava made next-gen Android One smartphone’s launch on July 14, it did not happen. Now Lava has sent out invites for an event scheduled in New Delhi on July 27 where it is likely to take the wraps off the next-gen Android One smartphone. The invite sent by the company reads- ” Witness the Power of 1.” The 1 in the invite is formed by several features which the device will offer.

As far as specifications of the device go, it will be powered by a MediaTek processor coupled with 2GB of RAM and feature a 5-inch display. More details about the handset are likely to surface on July 27 at the time of launch. Stay tuned with us for more developments on this story!

Earlier this month, an unannounced Lava smartphone Iris X5 4G appeared on a benchmarking website which could be Lava’s upcoming Android smartphone.

Google’s Lava made Android One is likely to be launched on July 27, 2015 and will be priced at Rs. 12,000. The device will be available to purchase from offline as well as online stores. 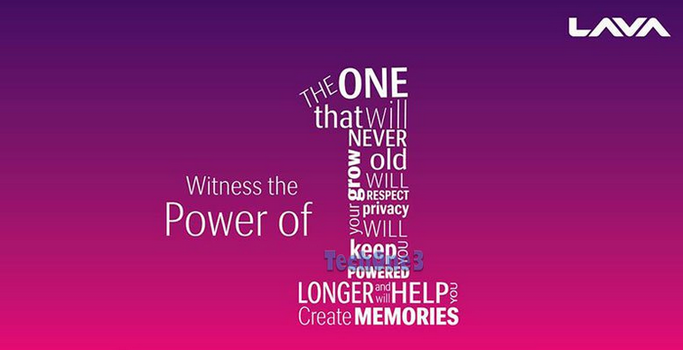 Google is gearing up for the launch of Lava made Android One smartphone. The device is set to be launched this month on July 14 for Rs. 12,000, reports Economic Times. Instead of targeting first time smartphone buyers like first batch of Android One, this smartphone will focus on those buyers who have used smartphones before.

Last year, Google launched three Android One phones with three different companies- Micromax, Spice and Karbonn. These companies took devices from original device makers (ODMs) in China and had no control over hardware and software, and thereby were not able to modify the components. The upcoming device however will be controlled by Lava and will provide an enhanced experience to the users.

As for specifications, what we have learnt so far is that Google’s upcoming Android One phone will be powered by a MediaTek processor coupled with 2GB of RAM. It will feature a 5-inch display.

The first batch of Android One phone on the other hand, is powered by a 1.3GHz processor paired with 1GB of RAM. Running Android 4.4.4 KitKat operating system, it features a 4.5-inch FWVGA display with 854×480 pixels resolution. There is 4GB of inbuilt storage which is expandable up to 32GB via microSD card. It sports a 5 mega pixel rear camera, 2 mega pixel front facing camera and is backed up by a 1700mAh battery. Latest Android One phones from Lava will certainly pack more RAM and larger display.