Lava Mobile has launched another Android phone under its XOLO Sub Brand or series, the XOLO A800. Its an Dual SIM phone which is now available for sale on online retail stores. It borrows many features from its sibling A700 which company has launched sometime. 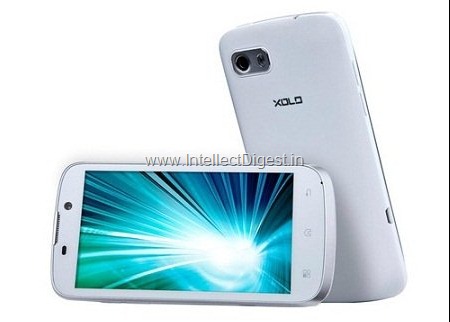 XOLO A800 comes with an 4.5 inch qHD IPS touch screen with screen resolution of 960 x 540 pixels, it’s a 16M color capacitive touch screen. It runs on Android 4.0 aka Ice Cream Sandwich or ICS which makes this phone more user friendly. It is powered by 1GHz dual-core MediaTek MT6577 processor. At back of the phone you will find an 8 MP auto focus camera with LED flash. At front you will find a 0.3 MP camera for video calling, below screen there are 3 touch sensitive buttons (Back, Menu and Home). 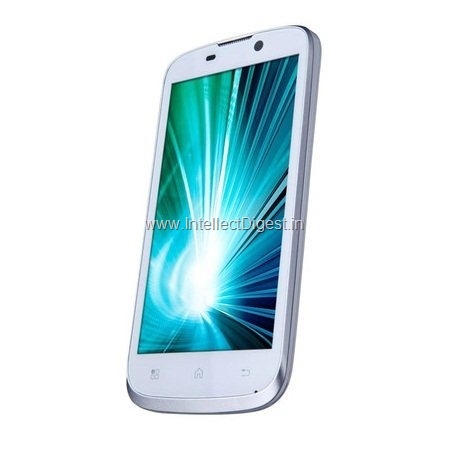 Lava has launched this phone with price tag of Rs. 11,999. Lava will get tough competition from other manufacturers like MicroMax, iBall and Spice who has launched or going to launch Android ICS phone in same price bracket. Lava has already launched A700 few weeks ago which has almost same features apart from 8 MP camera, it has 5 MP, you can get A700 at Rs. 9,999.

Many other manufacturers are selling Android 4.0 phone in same price bracket, like Micromax Canvas 2 A110 which comes with almost similar features but comes with powerful battery of 2000 mAh. MicroMax has also launched A90 which has bigger screen of 4.3 inches with screen resolution of 800*480 pixels. Both Micromax phones comes with its own voice assistance service AISHA which allows you to do task with voice command.

Spice too has launched its phone Andi 5C which runs on Android 4.0, it has 5 inch display screen with screen resolution of 480×800 pixels, but it has 1 GHz single core processor and 5 MP auto focus camera.

Android phones are becoming very common nowadays, almost all manufacturers has launched Android 4.0 phone in this price bracket which not only gives you wider choice but it can also confuse you.