Few days ago Debjani Ghosh, Intel’s MD for South Asia has said that they are working with some OEMs to launch a Rs. 7000 phone in India which will be powered by Intel’s processor. By doing this Intel is trying to enter one of the most rapidly growing mobile market in the world. If Intel launches phone in this segment then they will hit upper middle segment of the mobile market in India.

Few days ago, Lexington was listed on Bluetooth SIG website, BGR India is reporting that this device could be the same device about which Debjani Ghosh was talking. Intel might sell this device to all OEMs partners around the world. This device might run on Android platform. This phone is currently headed to Kenya, Africa

Currently we don’t have full fledge information about Lexington, but what we know is that this device might have a 3.2 or even smaller HVGA screen, it might run on Android 4.0, as Intel wont want to introduce its phone on Gingerbread OS which is very old. It will have 3G and WiFi support for connectivity. 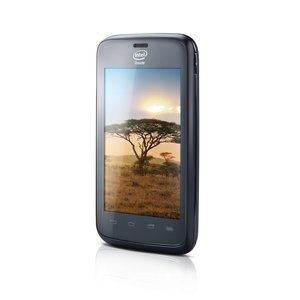 By launching this device in India Intel is growing to play a big game as it has already launched a phone in India, Lava XOLO X900 which turns out  bad dream for company and it fails to deliver that success to company which both has hoped with it.

Form look phone looks very similar to XOLO X900, Intel might use same processor and re-brand new phone and introduce it in Indian market for Rs.7000, as most of the Intel’s mobile phone has took its based from Xolo X900, So you could expect this phone to hit Indian market very soon.

In this segment, there are many choices in Indian market including some highly popular phones like Galaxy Y, Micromax Ninja and phones by other Indian manufacturers like Karbonn, Gfive etc.

We will share more information and update you regarding this phone as we get news, till then if you want share something or had to say anything about Intel’s this phone then feel free to comment below.