Lenovo’s latest budget Android phone with 4G support, the A7000 will be up for grabs today at 2.00 PM. Only those customers who have registered for the same would be able to participate in the first flash sale which will be hosted exclusively on Flipkart.com. To recall, the handset is priced at Rs. 8,999 and is touted as world’s first smartphone to feature Dolby Atmos audio system. The company has not revealed the number of units which will be made available for grab today. It is imperative for registered users to be online prior to sale to not to miss the chance to grab the handset. Lenovo has finally launched its 4G enabled budget smartphone A7000 in the Indian market which was first showcased at MWC 2015. The A7000 is the world’s first smartphone to feature Dolby Atmos audio system. The handset is priced at Rs. 8,999 and will be available exclusively via Flipkart.com in Onyx Black and Pearl White color options. Registrations will open today at 2 PM till 14th April midnight while first flash sale will be hosted on 15th April 2015. Read on to find out detailed information on specifications and features of the handset.

Lenovo introduced its A7000 phone at the MWC 2015 event earlier this month. Lenovo is now gearing up to bring the handset to the Indian market. Lenovo has started sending out invites for an event scheduled in India on April 7, 2015 where the company is expected to launch its Lenovo A7000 smartphone. The invite sent by Lenovo reads “Save the Date, 7 April 2015”. The invite does not reveal anything about the upcoming device, the Dolby Atmos logo on the invite, however indicates that it will be the A7000 phone since it features the same technology. Read on for more information about price, specifications, features and availability of A7000. 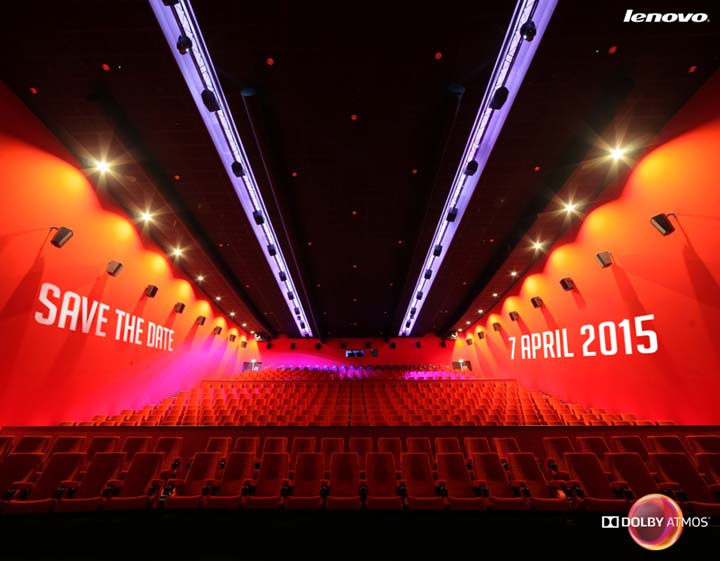 As far as specifications of Lenovo A7000 are concerned, it is powered by an octa-core MediaTek (MT6572M) processor clocked at 1.5 GHz alongside 2 GB of RAM. The handset runs Android 5.0 Lollipop wrapped under Vibe UI and flaunts a 5.5 inch HD IPS display with 1280 x 720 pixel resolution. On photography front, it sports an 8 mega pixel auto focus rear camera with LED flash on the rear end while there is also a 5 mega pixel front facing camera onboard.

Features and Specifications of Lenovo A7000 Smartphone:

Lenovo A7000 Hands On Video

Priced at Rs. 8,999 the Lenovo A7000 will go on sale exclusively via Flipkart just like the A6000 phone. Registrations for the same start today at 2 PM till 14th April 2015 midnight while first flash sale will be hosted on 15th April 2015. Stay tuned with us for more updates!