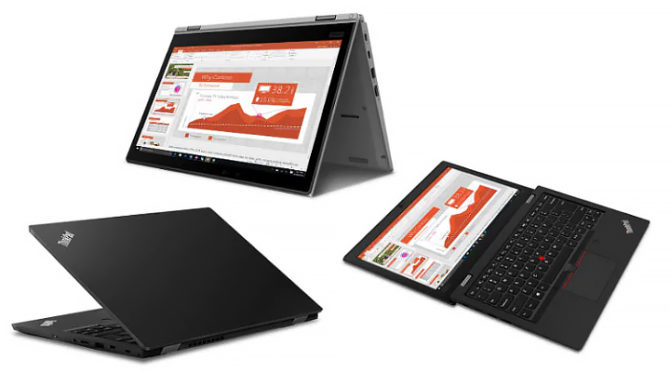 Both Lenovo devices feature 13.3-inch anti-glare full-HD touchscreen displays and the company’s trademark ThinkPad keyboard. The new machines are said to meet military-grade specifications for physical endurance. Both models are 18.8mm thin and weigh less than 1.6kg. Users can choose from Black and Silver color options.

While the Lenovo ThinkPad L390 offers up to 14 hours of battery life, the ThinkPad L390 Yoga can last up to 12 hours. Both ship with the same 45WHr battery. Security options include fingerprint readers and TPM 2.0 chips for secure remote corporate management.

Additionally, the Lenovo ThinkPad L390 Yoga ships with an Active Pen stylus. It can be placed in a silo within the device’s body. The 2-in-1 also comes with a unique hinge-mounted ‘word-facing’ camera.