Lanovo India has launched the Yoga tablets in India in an event held at Bangalore on 15th November 2013. Both the 7 inch and 8 inch variants have been launched. The price of Lenovo Yoga Tablet 7 inch in India is Rs. 22,999 and the price of Lenovo Yoga Tablet 8 inch model is Rs. 28,999. Both these come with free accessories for a limited period of 1 week, the accessories inclide a sleeve cover, protective film and earphones. There is 1 years standard warranty applicable on these tablets.

Lenovo – world’s largest Laptop manufacturer has now turned its focus to tablet. Although they have sold more mobiles than laptops. The best feature of these tablets is that they can run up to 16 to 18 hours on a single charge. The 8 inch tablet is packed with 6000mAh battery and 10 inch tablet is packed with 9000mAh battery. That is the plus point of these tablets if we compare them with others available in the market. Both has a unique design with a kickstand at back that holds steady at any angle. Although there is a cylindrical grip at the bottom of tablet and top of the tablet is very thin, but still tablets are pretty comfortable while holding in hand. 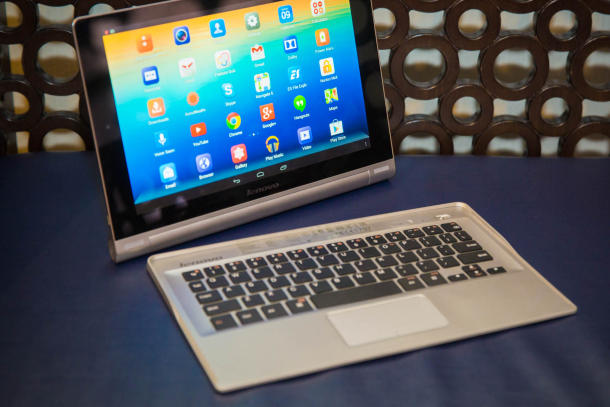 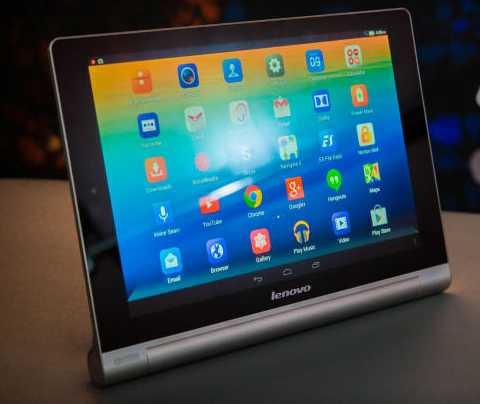 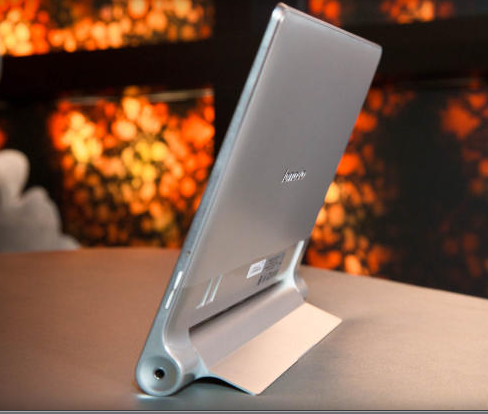 The 8/10 inch IPS display with 1280×800 pixel resolution look really good as compared to others tablets who have more than these two. 1.2 GHz quad core processor is from Media Tek. Media Tek is used in affordable tablets and smartphones. But this time on these tablets this processor work smoothly and fast. So there is not any objection on performance of the tablet. It is packed with 1GB RAM and android 4.2.2 Jelly Bean operating system.  There is a 5MP camera at the back of the tablet and a 1.6Mp front facing camera for video calling too. There is 16GB internal memory and also you can upgrade it via a SD card support too.

The design of the tablet is similar to the Sony tablet S and Xperia Tablet S with a cylindrical edge at one end. So the hardware of tablet is identical to the Sony’s tablets. But as software point of view  Lenovo tried to differentiate this tablet from other tablets available in the market. There is a media shortcut menu that Lenovo has added to this tablet. It is called Smart Bar, that allow you to shortcut directly to your stored videos and music.

These tablets are announced in US only and there is not any word from Lenovo on availability in the international market.