Videocon Group launched a 7 inch tablet in Indian market along with 3G calling facility. This tablet has pretty decent specifications at price Rs 8999/-. But I don’t think this tablet is worthy at this price point because you can get Nexus 7 tablet at only thousand more price which has better specifications, if,  you don’t consider the calling facility of Videocon tablet. Yes, Nexus 7 does not have calling facility, but it has the better processor and more storage than Videocon tablet. So at a price Rs. 8999/- this deal does not sounds good. And you can say if you want to buy a 7 inch tablet under INR 10,000 Nexus 7 is for everyone. 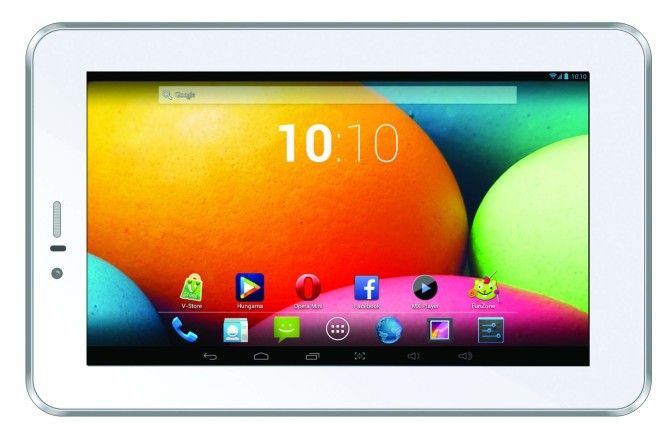 The hero feature of this device is that it supports Miracast. That means you can stream video and pictures directly to large screen Television over Wi-Fi. And it also Supports OTA updates that means you don’t need to visit service centres to update this device. All you have to download updates Over the Air(OTA).  Videocon says that it also supports Bluetooth keyboard. 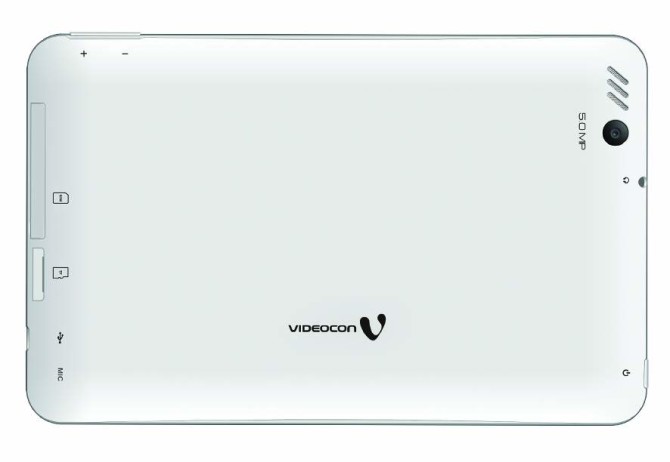 Talking about specifications it has 7 inch capacitive display with  1024×600 pixel resolution. It has 1.2GHz dual core processor with Cortex A9 chipset. There is 1 GB RAM on board with 4 GB internal storage. You can also upgrade the memory up to 32 GB via SD card. There is 5MP rear camera along with a VGA front camera. It comes with 3000mAh battery, that is huge. It supports all connectivity features that a tablet can support like USB, latest Bluetooth 3.0 and Wi-Fi. On the other hand, this tablet supports 3G that means you can insert a 3G SIM card.

The other best features, it can playback full HD that means 1080 pixel resolution videos.  There is a 3.5mm audio jack too. You can also  enjoy FM radio on it along with recording support. The device comes with preloaded apps like Facebook, Opera Mini, Hungama and also with Vstore too. So this is a good budget tablet though you can go for Nexus 7 if you can spent thousand more.

“With the tablet market in the country expanding every passing day, we seek to become a strategic player in the mix of things who offers the best of technology at the most affordable of pricings to the consumer. With the VT85C we are entering an important segmentation of the market wherein with our value-oriented tablet we will compete aggressively against the bigger players” said, Khalid Zamir, Head Product Planning & Development, Videocon Mobile Phones.