Micromax seems to be on a roll and seems to be delivering the promise of launch of 30 new devices in the country in the year 2013. It was only yesterday that they launched the budget droid A27 and today they have rolled out another cheap droid, the Micromax A35 Bolt. The device will retail for Rs. 4,250 which is almost Rs.1,000 more than the A27 and it offers you a bigger screen, bigger battery and a better overall experience for that price difference.

The Micromax 35 Bolt will come with a 10.1 cms screen in the front which shall support a multi-point touch. The device will run on a single-core 1 GHz processor which seems to be the norm these days with the budget smartphones. The internal storage of the device stands at 160MB and can be expanded by upto 16GB via a microSD card. The smartphone will come with a ‘Flash Transfer’ application which will allow for easier transfers of data between Android devices. 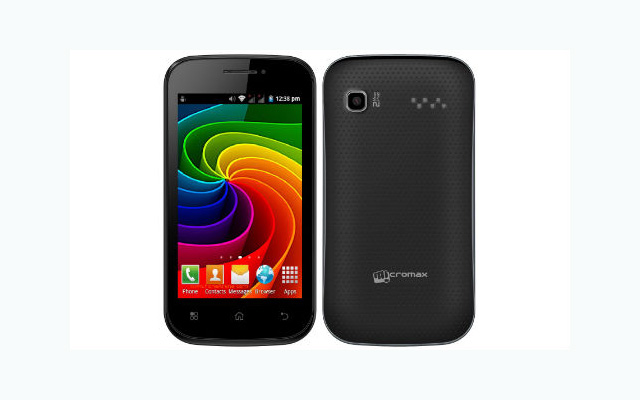 Some of the specifications are:

Micromax with their latest launch have added the Bolt Series to the existing series of smartphones. We can safely expect to see ta lot more Bolt devices in future and these will be the ones which will disturb the sales of the recently announced REX series of feature phones by Samsung and the veteran Asha series of feature phones by Nokia. Micromax is going to offer you a smartphone at the price of a feature-phone, what would you pick?